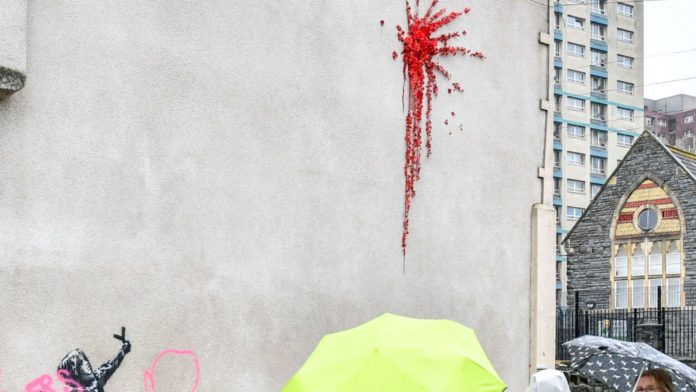 A piece of street art by Banksy which was painted on the side of a house in Bristol has been vandalised.

Someone has scrawled BCC W***ers in pink paint across the artwork of a girl firing some red flowers from a slingshot.

Bansky confirmed it was his piece on Instagram and on his website in the early hours of Valentine’s Day.

Responding to the image on social media, one person said “some idiot has gone and ruined it”.

Another said it was a “waste of some beautiful artwork”.

A third person said the original was “lovely” and “like sending kisses to heaven”.

Kelly Woodruff, the daughter of the rented home’s owner, has said she is concerned that Storm Dennis could damage the image, which is positioned close to the ground.

A local resident said it was “a real shame” but reckoned it “was always going to happen, unfortunately”.