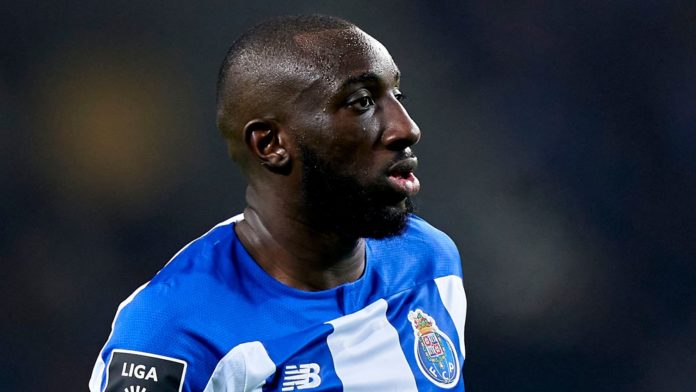 Porto forward Moussa Marega was restrained by his team-mates and play was halted for over three minutes before he left the field during the Portuguese side’s game against Vitoria Guimaraes on Sunday, after he was subject to alleged racist chanting from home supporters.

Marega scored Porto’s winner in the 60th minute during the 2-1 away win over Vitoria in the Primeira Liga, and he celebrated by running over towards a section of home fans and pointing towards his forearm.

Objects and stadium seats were then thrown towards the 28-year-old, as well as chants and jeers at the Estadio D. Afonso Henriques, as he continued his celebrations pitchside.

During the 68th minute, play was halted and Marega was visibly distressed as his team-mates tried to calm him down and prevent him from trying to leave the field.

In the 71st minute, Porto’s coaching staff then ushered Marega away and down the tunnel while he continued his angry exchanges with the Vitoria crowd.

In an Instagram post after the game, the forward claimed he heard the racist abuse and criticised the officials for giving him a yellow card following the incident.