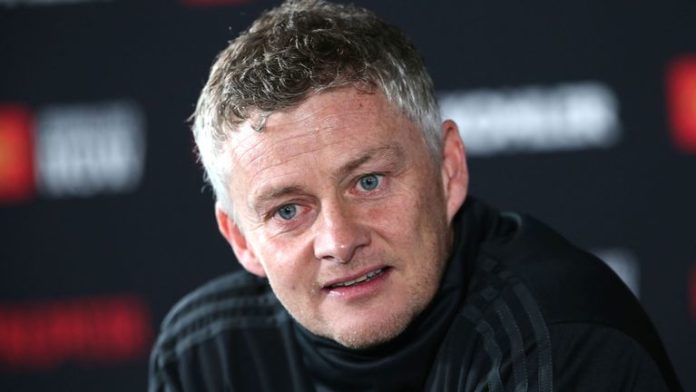 Ole Gunnar Solskjaer believes Champions League qualification is not “the be all and end all” for Manchester United to sign their preferred transfer targets.

United trail fourth-placed Chelsea by six points ahead of the two clubs meeting at Stamford Bridge on Monday, live on Sky Sports, in a pivotal game in their pursuit of a return to Europe’s top-tier club competition.

Solskjaer, who signed Bruno Fernandes and Odion Ighalo in January, could also qualify for the Champions League by winning the Europa League, which they will resume against Club Brugge in the last 32 on Thursday.

“The Champions League gives the club resources, more money, that is one thing,” said Solskjaer.

“It is a prestigious tournament to be in of course.

“If we play well the rest of the season and players that we might want are impressed by that it might be easier to convince them.

“So this season with the Europa League, if next season is with or without Champions League I wouldn’t say that is the be all and end all for a player to sign for us.”

United have only once played back-to-back seasons in Europe’s second-tier competition in 2015-16 and then 2016-17 – the season they won the Europa League under Solskjaer’s predecessor Jose Mourinho.

Solskjaer says Paul Pogba has taken his cast off as he continues his recovery programme from an ankle injury and is hopeful he will be back playing “soon”.

The World Cup winner has made just eight appearances so far this season due to injury.

Asked whether it has been a disastrous campaign for the France international, Solskjaer replied: “You are not going to get that headline from me!

“As a player the last thing you want to be is injured and not being able to contribute to your team.

“Paul is a footballer and he wants to play football. He knows that he has to work hard now to get back to his best.

“He has been out for so long. It is a challenge for him to get back to his shape.

“I have been injured for a long time myself. It is a difficult period of your career but it is part and parcel of being a player. You are always running the risk of being injured.”

He added: “Of course I would like to say that as soon as he gets fits he will be good enough to play for the team. I am sure that Paul is desperate to play for us again.”

‘Players have stepped up in Pogba’s absence’

Solskjaer also believes several of his players have stepped up in the absence of Pogba this season and other key injury absentees, including Marcus Rashford and Scott McTominay.

“Paul is an important player for us but also [we have learned] so much about the others as well,” he said.

“Some other players have really stepped up and taken on this responsibility and shown what they can be and what they are for Manchester United.

“It is always a chance but it is unfortunate that you get some of your best players injured of course. But that is just part of being here.

“You can’t just feel sorry for yourself because we have had all these injuries. We are building to get a squad that can cope with this.”

Pogba’s agent Raiola told Sky Sports News last week that Italy is “like a second home” for the 26-year-old, with the super-agent widely quoted by Italian media on Thursday as saying the France international “would not dislike” a return to Juventus.

“I have not spoken to Mino that is for sure,” Solskjaer said.

“I haven’t sat down with Paul to tell him what his agent should say, but Paul is our player. Not Mino’s.”

Seven people to appear in court over France terror attack