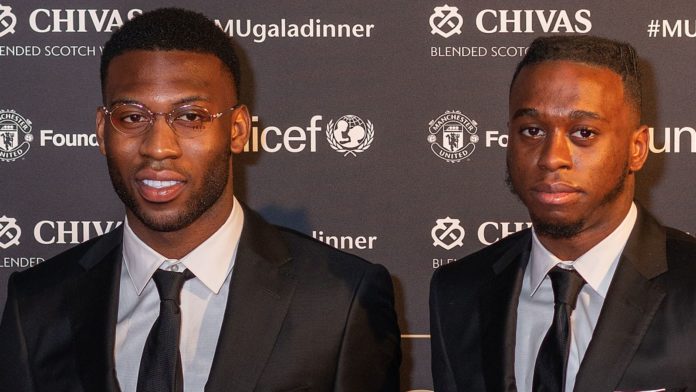 Aaron Wan-Bissaka and Timothy Fosu-Mensah have rekindled their old friendship at Manchester United and are helping each other cope with the rigours of life at Old Trafford.

The pair first struck up a friendship during their time together at Crystal Palace, where Fosu-Mensah spent a season on loan in 2017/2018, and recently renewed their bond when Wan-Bissaka signed for United last summer.

Ahead of their Monday Night Football clash against Chelsea, live on Sky Sports, both players spoke about building bonds within the squad during their winter-break trip to Marbella and how they have both individually helped each other with personal challenges over the last few months.

“[The trip to Marbella] was time for us to recharge and look forward to the next game [against Chelsea],” Wan-Bissaka told Sky Sports News.

“It was a bonding [trip]. I think that is what the team needs, you can see that we are quite a new group so it was good for us.”

“Definitely [he helped]. I’ve known him before, he told me what it was like and what to expect,” he said.

“He told me I am not here for no reason and said continue to do what you are doing.

“It is what I expected when I joined, I’ve settled in well now. At the start it was difficult because it was a different area but I can call it home now.”

Fosu-Mensah is targeting a return to action in the new few weeks after nine months out with a cruciate knee injury. He says he is glad to be involved with the first team again and thanked Wan-Bissaka for his support during a “difficult time” in his career.

“It was a big injury and it has been a difficult time for me. I’m glad to be training with the lads again. You can be in the gym and you see all the players going out, you just want to be with them.

“You just want to train and play [with your team-mates]. You definitely miss it but you have go to stay strong.

“It has been a long nine months but I feel stronger and stronger every time.

“[I’ve had the support of Aaron], we speak a lot. We hang out outside the training ground as well.

“It’s not only Aaron, obviously the physios and everyone at the club has done a good job for me and helped me get back fit.”