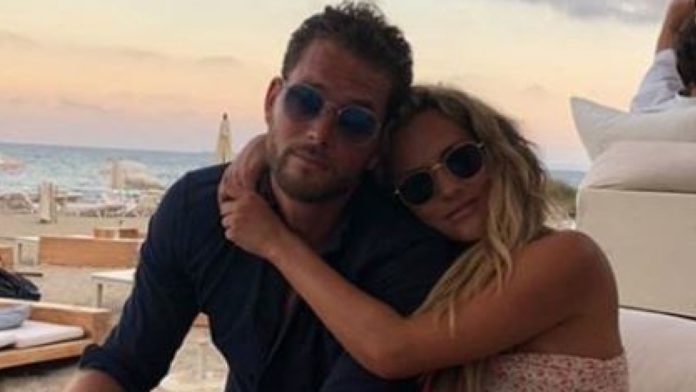 In the wake of Caroline Flack’s death, questions have been raised about the decision by the Crown Prosecution Service to pursue the case against her despite her boyfriend withdrawing his complaint.

The former Love Island presenter, 40, was due to stand trial in March for allegedly assaulting Lewis Burton, 27, last year, despite him saying he did not support the prosecution.

She had entered a not guilty plea at Highbury Corner Magistrates’ Court.

Flack’s management released a statement on Saturday, hours after she was found dead, saying: “The Crown Prosecution Service pursued this when they knew not only how very vulnerable Caroline was but also that the alleged victim did not support the prosecution and had disputed the CPS version of events.

“The CPS should look at themselves today and how they pursued a show trial that was not only without merit but not in the public interest. And ultimately resulted in significant distress to Caroline.”

What does the CPS say?

On Sunday, the CPS laid out how it comes to prosecution decisions, saying it does not make the decision over someone’s guilt but instead whether they should face a court.

It also says it has to ask two questions when making the decision: “Does the evidence provide a realistic prospect of conviction?” and “Is it in the public interest to prosecute?”

The CPS added that the withdrawal of a complaint does not automatically stop the case either, and that there are many other things to consider before doing so.

What does a former prosecutor say?

Defending the CPS’ decision to charge Flack with assault and take her to court, a former chief prosecutor has sought to put the record straight over how and why the service pursues domestic assault cases.

Nazir Afzal, who used to be a CPS prosecutor in the northwest of England, wrote a message on Twitter saying: “To those who want to understand why prosecutors pursue cases of domestic assault even when the victim withdraws.

“Let me explain why ‘victimless’ prosecutions (evidence based prosecutions as they are actually known) are pursued in the public interest if a ‘victim’ does not or cannot support the case.

“There were 120+ domestic homicides, each of these were obviously prosecuted without victims’ evidence.

Mr Afzal adds: “It’s to avoid the latter that prosecutors pursue the former.

“But only when they are allegations of serious violence and there is other strong evidence available such as 999 call recordings, police body worn camera, statements and interview.

“Sometimes you need to protect someone even when they can’t see it themselves.”

He also acknowledges that each case should be judged on individual merit, and that prosecutors make decisions “without fear or favour”, adding celebrity status is irrelevant.

What does a police officer formally specialising in abuse say?

Superintendent Gordon McCreadie, Scotland Police’s former lead for domestic abuse, is worried about the allegations too, saying that it is a “very dangerous step to blame prosecutors”, warning it could lead to victims being blamed for reporting abuse allegations.

What does a survivor of domestic abuse say?

Rachel Williams, a domestic abuse survivor and charity founder also says that the allegations can not be “sugar-coated”.

She adds: “The CPS and police had every right and responsibility to charge her.

“We cannot not prosecute alleged domestic abusers because they may kill themselves… the police could have used victimless prosecution too without the victim’s input.”

The media has also come in for criticism over how the case was reported in the press.

Actress and friend of Caroline Flack, Stephanie Davis, wants tighter regulations when it comes to those in the public eye and has launched a petition for Caroline’s Law – which has been signed more than 250,000 times.

The petition is calling for restrictions on the press from publishing certain details and photographs of individuals, in an effort to protect those at risk.