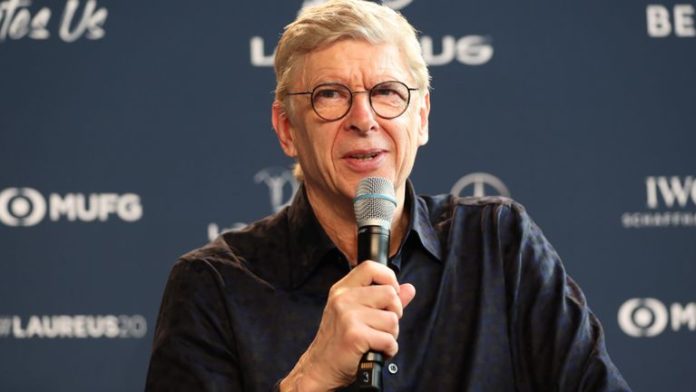 Wenger: “People that don’t respect them and are caught by trying to get around the rules in more or less legal ways have to be punished.”

Arsene Wenger says rules on financial fair play could be rethought but insists the credibility of sport depends on regulation being respected.

Manchester City were banned from all UEFA competitions for two seasons by European football’s governing body on Friday for Financial Fair Play rule breaches, a ruling the club are appealing at the Court of Arbitration for Sport.

Former Arsenal manager Wenger accused City of “financial doping” – a phrase he first coined in respect of Chelsea – in 2009 and says City should not escape sanction if their financial irregularity is upheld.

Speaking ahead of the Laureus World Sports Awards, Wenger said: “I was always for control of the financial rules and that the clubs work with the natural income that they have.

“The rules have been created. I am convinced that at the moment there is an evolution to be made in the way the rules are built up at the moment, but they are what they are and you have to respect them.

“People that don’t respect them and are caught by trying to get around the rules in more or less legal ways have to be punished. If it is proven that this has been done on purpose you cannot let that [go] unpunished.”

City said they were “disappointed but not surprised” by the verdict from UEFA’s Club Financial Control Body, describing the process as “prejudicial”, and indicated their intention to take the case to the Court of Arbitration for Sport.

Wenger says specific sanctions regarding Financial Fair Play must be made clearer.

“I don’t know the rule exactly well enough to see what kind of punishment has to be made when the rules are not respected,” said Wenger when asked for his verdict on the length of the punishment.

“They have not created that. It must be in the rule book. Somebody has not said ‘let’s do that’. No, this is certainly the sanction that is planned if the clubs don’t respect the rules.”

“Sport is basically to win by respecting the rules. That is what it is about,” he added.

“We celebrate all the best in every sport but we want to know that they [everyone] respects the rules.

“If there is no respect for the rules it is not real sport. That is what I think is the most important. The rules exist, you have to respect them.

Arsenal’s longest-serving and most successful manager also believes the success of wealthy clubs continues to become easier to predict across the top leagues in Europe.

“More or less the table is always linked with the amount of turnover at the clubs,” Wenger said.

“That has historically always been exactly the same. You could go through the history [and] it is the richest clubs who win the championship.

“This trend has become stronger compared to 20-30 years ago. Everyone wants to watch the best teams. The best teams have become richer and the difference with the smaller teams has become bigger.

“That is why I believe we see what we see. The structure is nearly established and all of us can predict a little what will happen in every league.”

The 20th anniversary Laureus World Sports Awards take place in Berlin on February 17, honouring the greatest sporting triumphs of 2019, and celebrating the power of sport to transform the lives of millions of young people. #sportunitesus #laureus20