Home Culture ‘Race for the White House’ is back. Here’s what to expect in... 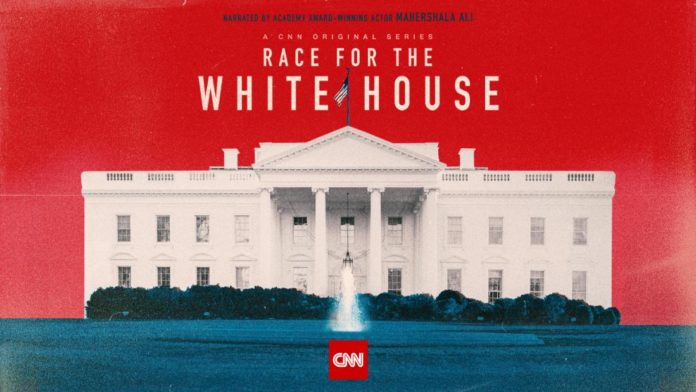 Back in 1912, a presidential candidate was shot on the campaign trail and went on to give his planned speech with a bullet lodged in his chest.
Those are two of the stories that emerge in CNN’s historical docuseries “Race for the White House,” which is back for a second season. Here’s what to expect:

When can I watch it?

“Race for the White House” uses a mix of rare archival footage, expert interviews and stylized dramatizations to tell the stories behind six of American history’s high-stakes presidential races.
Expect to see some familiar faces from CNN as well as key figures from past presidential administrations, from Valerie Jarrett and Pat Buchanan to Luci Baines Johnson, the daughter of President Lyndon B. Johnson.

Season two of “Race for the White House” features the following races:

Why does that voice in the series sound so familiar?

Because it’s the soothing tone of Oscar-winning actor Mahershala Ali, who narrates the second season.

Where can I watch more episodes?

You can catch up on season one of “Race for the White House” anytime via CNNgo. New episodes from the second season will be available on demand each week the day following the premiere.