Home Culture Justin Bieber shaved his mustache to the delight of his wife and... 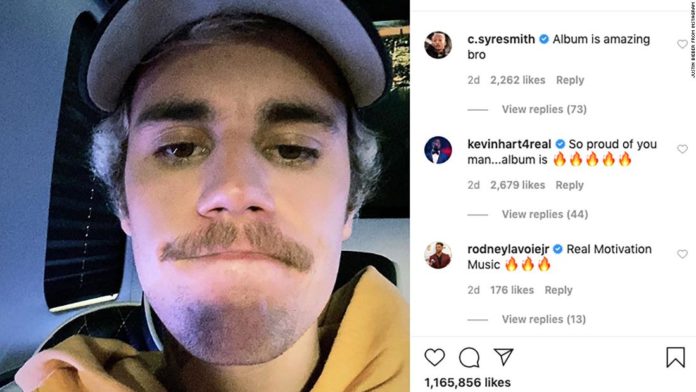 Justin Bieber shaved his mustache on Sunday and some people couldn’t be happier.
The singer took to social media on Sunday with some clippers and ended his hairy lip situation.
Apparently the return to a clean-shaven face was “Yummy” as far as his wife Hailey Bieber was concerned.
“Yeeeeee,” she commented on a photo of a mustacheless Bieber in which he wrote in the caption, “I shaved. MUSTASHIO went on holiday, but he will be back in due time.”
And Mrs. Bieber wasn’t the only happy one.
The singer’s mom, Patti Mallette, commented on the same photo “Ya praise God.”
The 25-year-old singer’s facial hair had been the source of some consternation among his followers.
“He Finally Shaved,” one fan Instagram account said in the caption to a video of him shaving. “Rip To Mustashio… He Won’t Be Missed.”