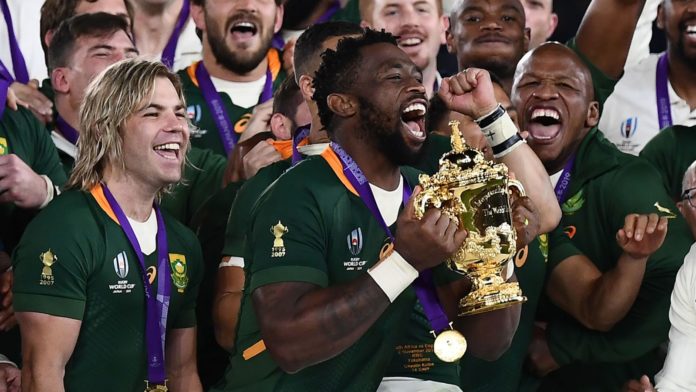 The Springboks, who won the World Cup in Japan last year for the third time in history, also saw off competition from women’s World Cup football winners United States in Berlin on Monday.

Formula One champion Lewis Hamilton and Barcelona forward Lionel Messi were declared joint winners of the World Sportsman of the Year Award after the voting was tied for the first time in the awards’ 20-year history.

Mercedes driver Hamilton won his sixth F1 World Championship in 2019, with 11 race wins and 17 podium finishes, while Messi became the world’s best player for a record sixth time when he won the Ballon d’Or.

Hamilton used his speech to highlight what he believes are issues over a lack of diversity in F1.

“Our sport has very little to no diversity – it’s an issue we’re continually facing,” Hamilton said.

“It is all our responsibility to use our platforms for that: really pushing for gender equality, inclusivity, really making sure we are engaging and representing where the world is today.”

Simone Biles, who became the most decorated gymnast in world championship history when she won her 25th medal last year, won her third Sportswoman of the Year honour after winning the award in 2017 and 2019.