Home Sport Wenger on Emery dig: Arsenal were not in decline 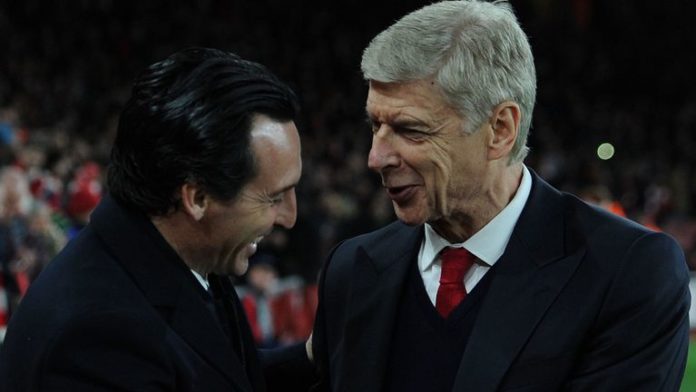 Wenger: “In 2017 we made 75 points and won the FA Cup so you cannot say that [Arsenal were in decline] and the year before we finished second in the league”

Arsene Wenger has dismissed Unai Emery’s assertion that Arsenal were a club in decline when he took charge in 2018.

Emery, who was sacked as head coach in November, described Arsenal as a club on “downward slope” in an interview with France Football earlier this month.

The former Seville and Paris Saint-Germain boss said: “Arsenal was a club on a downward slope for two years before I arrived.

“We stopped this fall and even began to rebuild the club with the Europa League final and fifth place in the league, only one point off Tottenham despite the fact that we took just one point in our final five matches.

“We had Champions League qualification in our grasp and it went wrong in the end. But it was a good season and we had this notion of continuing to improve.”

Emery also accused some of his former Arsenal players of not having “a good attitude”, but Wenger outlined his case for his successor being wide of the mark with his verdict.

“In 2017 we made 75 points and won the FA Cup so you cannot say that [Arsenal were in decline] and the year before [2016] we finished second in the league,” Wenger said at the Laureus World Sports Awards.

“2018 was my last year but it is very difficult to come out on that.

“Arsenal is a club that is in a very strong position financially. It has good players, after that when you are a manager you have to stand up for what you do and your result and not look around you.

“That is the only thing you can do.”

The 20th anniversary Laureus World Sports Awards took place in Berlin on February 17, honouring the greatest sporting triumphs of 2019, and celebrating the power of sport to transform the lives of millions of young people. #sportunitesus #laureus20