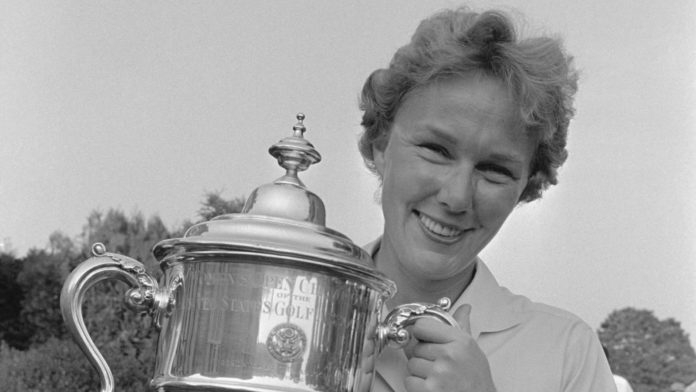 Hall of Famer Mickey Wright, the only LPGA golfer to hold all major titles at the same time, died on Monday aged 85, the Ladies Professional Golf Association said.

Wright won 82 tournaments, second only to compatriot Kathy Whitworth (88), and claimed 13 majors in a career that stretched from 1955 until retirement in 1969 because of foot problems.

“She was the best I’ve ever seen, man or woman, Whitworth once told ESPN. I’ve had the privilege of playing with Sam Snead and Jack Nicklaus and Arnold Palmer and all of them.

“Nobody hit it like Mickey, just nobody. She had 82 wins, but she would have won over 100 with no trouble if she had stayed on tour.”

The great Ben Hogan said Wright had the finest golf swing he ever saw.

Wright, who began playing golf at the age of 12, was inducted into the Hall of Fame of Women’s Golf in 1964 and the LPGA Tour Hall of Fame when it was created in 1967. She became a member of the World Golf Hall of Fame in 1976.

She enjoyed 13 victories in 1963, which remains the LPGA Tour record, and the next season won 11 times, which was tied by Swede Annika Sorenstam for second-most victories in a season.

The Final Word: Bucs are for real, Cowboys a hot mess

Hunter out of England’s Six Nations game against Italy

Could Chisora really fight for a world title?