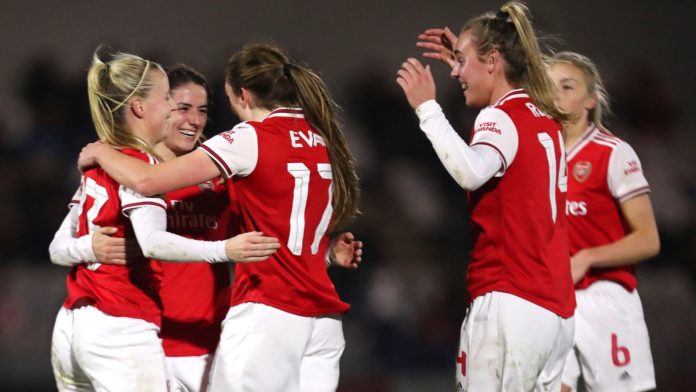 Arsenal Women will face north London rivals Tottenham in the FA Cup quarter-final – if they overcome Lewes in their rearranged fifth-round encounter.

The Gunners’ game against the Championship side was one of three postponed by Storm Dennis this weekend – alongside Leicester City vs Reading and Crystal Palace vs Brighton.

Arsenal will face Lewes next Sunday with Leicester vs Reading on Thursday and Crystal Palace vs Brighton set for Tuesday, February 25.

WSL leaders Manchester City will face the winners of the Leicester against Reading game away while second-placed Chelsea will travel to Everton.

The full draw is:

Arsenal or Lewes vs Tottenham

Ties are scheduled to be played on Sunday, March 15.

Dave Matthews on importance of voting, how voters can get ready...