Home Top News Belgium and FAO support the Government of Haiti to improve the livelihoods... 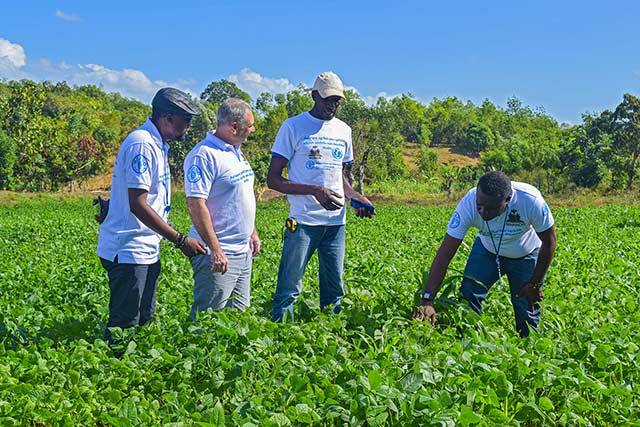 Between 2018 and the first half of 2019, Haiti experienced a long period of drought due to the El Niño phenomenon. As a result, agricultural production decreased by at least 12 percent compared with the previous year, which was already lower than the general average production rate.

Limited availability of and access to food, reduced incomes, a rise in food prices, an annual inflation rate of 19.5 percent, the depreciation of the Haitian gourde, coupled with socio-political tensions and increased insecurity, have significantly exacerbated populations’ vulnerabilities in Haiti, particularly of those living in rural areas, whose livelihoods are solely based on agriculture. According to the latest Integrated Food Security Phase Classification (IPC), 3.7 million people are currently facing severe acute food insecurity (IPC Phases 3 and 4). If no immediate actions are taken to strengthen the livelihoods of affected populations, this figure could increase to 4.1 million (40 percent of Haiti’s population) starting in March 2020.

The project aims at mitigating the effects of the socio-economic crisis and drought through the protection and restoration of the livelihoods of vulnerable communities to increase their resilience and self-reliance. It also intends to improve social cohesion and prevent vulnerable people from being recruited by armed groups that are contributing to increased insecurity in Haiti, including in rural areas.

The world is upside down: a campaign promoting respect for health care in Colombia

Traitors in Our Midst