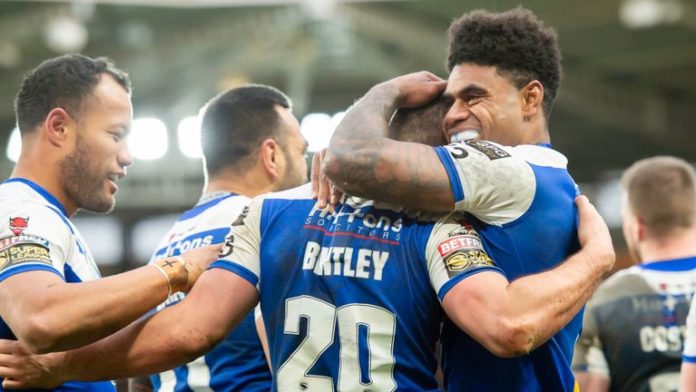 Super League executive chairman Robert Elstone will use the visit of NRL chief executive Todd Greenberg to try to persuade a greater commitment towards the World Club Challenge.

Super League holders St Helens will face NRL winners Sydney Roosters in the annual meeting of champions between the two respective competitions at the Totally Wicked Stadium on Saturday.

The contest is being held in England for the 19th time in 21 years since the concept was established as a fixture in the calendar in 2000 and is being funded entirely by the Super League clubs.

“Right now, it is Super League that entirely funds it,” Elstone said.

“Essentially the other 11 Super League clubs put their hands in their pockets to make this work.

“We’ve gone back to the NRL on two occasions and said, whether it be through sponsorship or through support from yourselves, it would really help make this work better commercially.

“We haven’t been able to secure that to date but what we have to do is keep delivering a great game in a great stadium with a full house and telling the world that this is something that is great and should be funded on more equal and fair basis.”

The Roosters have won all of their three previous World Club Challenges, most recently against Wigan at the DW Stadium last year, and have the chance to equal the record held jointly by the Warriors and Melbourne Storm.

Australian clubs hold an 11-9 lead overall, but the timing – as well as the conditions and home advantage – suits Super League clubs, who are three weeks into the season, whereas the fixture comes three weeks before the NRL kicks off.

However, Elstone believes the fixture is in the only viable spot in the calendar.

“I am unashamedly a huge fan of Australian rugby league and to be able to see some amazing Australian players going up against the best Super League has to offer is an absolutely mouth-watering prospect,” he said.

“I think it’s really important Super League regularly benchmarks its quality against what is probably the best competition in the world.

“The perennial challenge is scheduling. When I came into the job 18 months ago, you immediately thought there’s got to be a better time to play this.

“But pushing it back to later in the season when the Aussies have kicked off is probably a non-starter and the only other option is end of season.

“Then you’re backing into the international calendar and promoting and staging a game when you don’t know who’s going to be in it so there are real practical difficulties about what would appear to the fans to be a very logical end-of-season date.

“So where we are now seems to be the best possible compromise.”

The challenge was expanded into a three-match series in 2015 before reverting to a one-off and Elstone does not envisage that changing.

“It’s something clubs have talked about and something we as a board have contemplated over the last 12 months,” he said.

“But, unless we can find some outside interest in this commercially, I personally think it’s very difficult to see beyond a champions vs champions fixture.”