Home Sport Young steps down as Wasps director of rugby 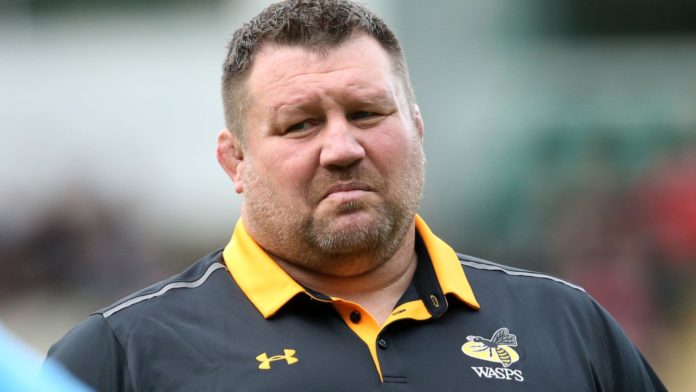 Dai Young has stepped down as Wasps director of rugby after nine years in the role.

The 52-year-old, who stepped back from first-team duties on an interim basis last week, leaves after telling the club’s board he felt he had “taken the club as far as he can”.

Young told Wasps’ website: “I am extremely proud of my record during my time at Wasps. It will be tough to leave a club and group of people that has meant so much to me over the past decade, but I feel this is the right time for both the club and for myself.

“I would like to thank all the players, past and present, and the staff I have worked with, especially my heads of department who have become like family.

“I would also like to thank the Wasps fans who have been unbelievable in their support of me and the club, particularly during the tougher times.

“Wasps has been a huge part of my life and I wish everyone at the club the best of luck for the future.”

Wasps chairman Derek Richardson expressed his “sincere thanks” to Young, adding: “He will always be considered a Wasps legend and will always be welcome at The Ricoh.”

Looking ahead to the process of replacing Young, Wasps’ chief executive Stephen Vaughan said: “Our focus now is to ensure we have a plan in place to take the club forward.

“It’s important we take the time to make the right decisions as we enter a new era for the club.”

The former Wales and British and Lions prop also guided the side to the semi-finals of the European Champions Cup in 2016.

Emma Roberts blocked her mom on Instagram after she leaked pregnancy...