Home Culture Deliver Us, Lord, From the Startup Life 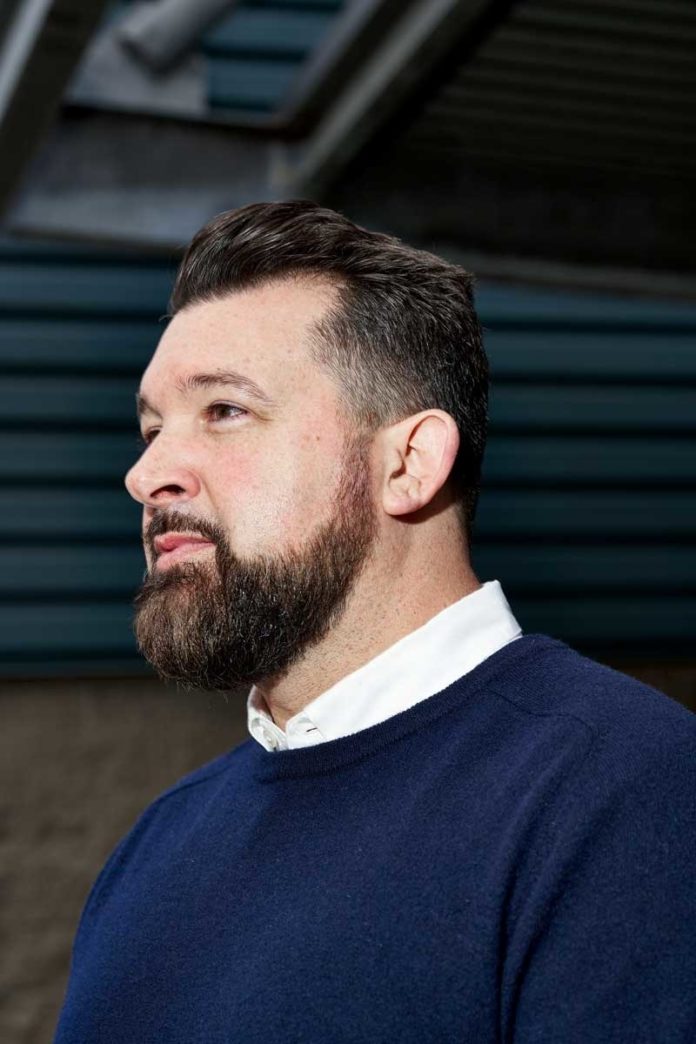 In 2012, Chad Reynolds found himself on a South Carolina beach at midnight. He was there for a destination wedding, sitting on the sand with friends, when he decided to wade into the ocean alone. As he floated in the dark water, he had what he describes as his first real conversation with God. What was he doing with his life? he asked. Why wasn’t he with someone? Why did he feel so empty?

Reynolds, a 36-year-old designer and startup founder from Cincinnati, Ohio, had been fending off burnout, in fits and starts, for years. He’d started a company designing websites for movies and other products right out of college, and managed to land big clients like Warner Bros. But he worked relentlessly, rarely taking vacations, ignoring his health, and neglecting his family and friends.

In 2008, as he was contemplating leaving his first company, Reynolds set aside a few months “to sit still.” During his hiatus, he went with a friend to a Sunday service at Cincinnati’s Crossroads Church—which was, at the time, a megachurch of about 9,000 members. Sitting in the back row of the cavernous auditorium, Reynolds felt something igniting inside him. “You could tell there was something extremely creative and entrepreneurial happening in that church,” he remembers. It occurred to him that if he could somehow incorporate his budding faith into his next venture, “it could be different.”

But after starting a second company, in 2009, he found himself slipping back into a familiar pattern: maintaining a frenetic pace, traveling to multiple cities per week, constantly doing more. By the time he ended up on the beach at night in South Carolina, he was feeling lost, unable to enjoy the quiet of the barrier island, fretting about Wi-Fi signals and missed work appointments, and wondering what was wrong with him.

As he bobbed in the dark Atlantic, Reynolds says, he heard a message in reply: that God had given him talents and gifts so they could be put to use helping other people, and that he needed to be more aggressive about doing so—that, in effect, he had to take a leap of faith. God’s side of that midnight conversation was half encouragement, half dare: “Even though you can’t see the bottom, I’ve got you; I’m going to protect you; I’m going to help you.”

When he got back to work, Reynolds recommitted himself to his company. His second startup was called Batterii, a consumer research firm that recruits civilians to provide personalized feedback to brands via smartphone videos. Reynolds, who describes his midnight conversion as “getting an upgrade to [his] operating system,” came to see the mission of his own company as a way of fulfilling the charge God had given him. If he’d been burned out before by trying to do too much on his own, his work now was to facilitate other people’s creativity by building a technology that brings a whole community into the design process.

If that sort of talk sounds a little elevated for a product that is, as Reynolds also acknowledges, basically “a focus group on your phone,” or if you’re not used to metaphors that compare salvation to a software update, welcome to the worlds of both Christian and startup evangelism—worlds that, as recent trends in the American Midwest demonstrate, are increasingly intertwined.

Over the past decade or so, the amount of venture capital flowing into the Midwest has expanded from a trickle into a fairly substantial, multibillion-dollar tributary—enough for thousands of tech startups to sprout up in the old-line cities of the Rust Belt.

The story of this transformation, as told from the coasts, tends to be one of down-and-out heartland cities hustling to remake themselves in the image of Silicon Valley, often with the help of missionary venture capitalists like AOL cofounder Steve Case and Hillbilly Elegy author J. D. Vance, who unveiled a $150 million investment fund called Rise of the Rest in 2017. And there’s some truth to that account. But as the demographics of tech have become incrementally more Midwestern, those regional outposts have also set about remaking the industry in their own likeness—particularly where matters of faith are concerned.

The Bay Area, which devours about 45 percent of all US venture funding, is one of the least religious parts of the country. Although this March will mark the 26th annual Silicon Valley Prayer Breakfast (recently renamed Silicon Valley Connect), Big Tech is still considered, almost axiomatically, allergic to expressions of faith. At a recent conference in Nashville, one software developer said, “I’m afraid that when people hear I’m a Christian, they’re going to start questioning my competency as a developer.” A 2018 episode of the comedy series Silicon Valley spoofed the travails of an LGBTQ dating app founder who was terrified of being outed—as a believer.