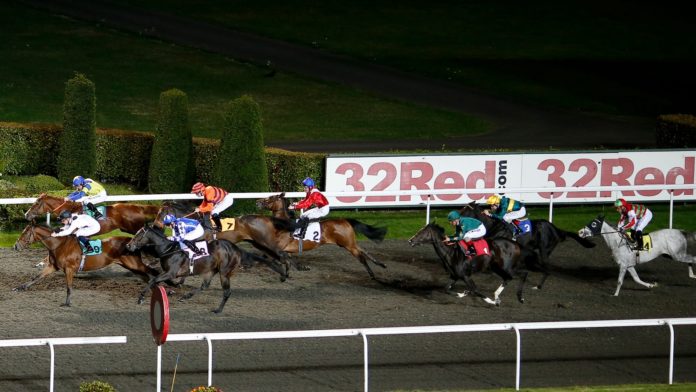 Anita Chambers makes Lord Of The Lodge her best bet on Wednesday and she has a tip for every race in the UK and Ireland.

Lord Of The Lodge can book his ticket for All-Weather Championships Finals Day with victory at Newcastle.

Karl Burke’s charge lines up in the Ladbrokes Where The Nation Plays Conditions Stakes – a race in which he is technically 9lb or more ahead of the field.

Lord Of The Lodge was clearly well regarded from an early stage as a juvenile, winning on his debut before being upped in class for an ultimately unsuccessful appearance in the Coventry Stakes at Royal Ascot.

Beaten just under six lengths, he was not disgraced but it appeared as though his limitations had been exposed when beaten at Listed level next time, before eventually getting back on track in novice company.

The Dandy Man colt posted by far his best performance on what proved to be his final outing of 2019, going down by just a length and a half to Threat in the Gimcrack at York.

He will surely improve for the outing in this six-furlong heat, but Lord Of The Lodge could be a cut above.

Straight Right bounced back to form at Kempton last month and his confidence should be riding high for the Bombardier British Hopped Amber Beer Handicap.

The six-year-old ended a lengthy barren spell stretching back to September 2018 when triumphing by a neck in a conditions event over six furlongs.

He produced a telling late burst to win that day and while he switches back up to seven furlongs here, that is far from a negative as he is a multiple winner over that trip.

Lining up on a mark of 98, he remains 10lb below his career-high mark which give Andrew Balding something to work with.

Thegreatestshowman ran better than the bare form suggests last time and should not be ignored in the 32Red Handicap at Kempton.

He turned out at Chelmsford at the start of the month and the race really was not run in his favour even before he encountered a bit of trouble in running.

Beaten a length and a half in fourth, he remains on a competitive mark.

Finespun just failed to last home at Lingfield on her latest start but cannot be ruled out in the 100% Profit Boost At 32redsport.com Fillies’ Handicap.

She went for home a bit too early over 12 furlongs that day, being swallowed up in the final furlong and beaten into third.

As a daughter of Sea The Stars out of Classic winner Gossamer, connections will surely be eager to get a win on the board with a career in the paddocks beckoning.

Jonniesofa had his intended run at Kelso last week scuppered by the weather, but the Betsafe Top Price All Runners Veterans’ Handicap Chase at Doncaster can provide adequate compensation.

The 10-year-old made an impressive return from a long lay-off when winning at Ayr in November and turned in another excellent effort when fourth in the Rehearsal Chase.

He then floundered a bit in a decent renewal of the Rowland Meyrick on Boxing Day, but this looks an easier task on the face of it.

Chilli Filli can open her account over fences at the third time of asking in the EBF Mares’ Novices’ Chase at Ludlow.

Henry Daly has tried his charge twice in Listed company and she has performed with credit on both occasions, finishing third on the first occasion and second last time.

On that second occasion, a bad mistake at the final fence cost her crucial momentum and a repeat of that performance should be good enough in what appears an easier assignment.

DOUBLE: Lord Of The Lodge and Thegreatestshowman.