Home Culture ‘Alexa, should I watch the Frontline documentary about Jeff Bezos and Amazon?’ 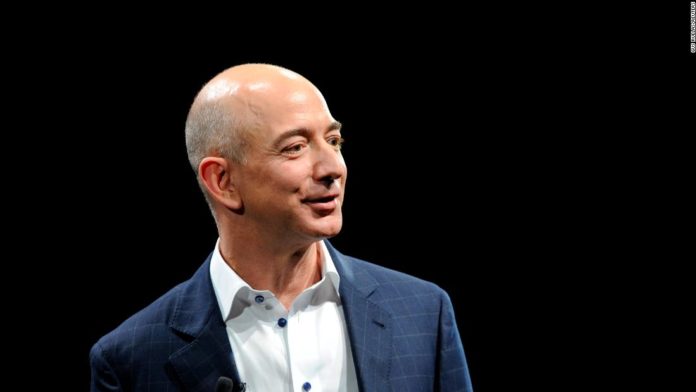 “Amazon Empire: The Rise and Reign of Jeff Bezos” methodically details how Bezos built Amazon into an online giant, sacrificing profits in the short term to crush competition in a way that has “come under scrutiny for their aggressive tactics and expanding power.”
The key question that hovers over the program is the extent to which that reign needs to be reined in, with even some Amazon alumni advocating that the trillion-dollar company ought to be broken up.
“Everything that is admirable about Amazon is also something that we should fear about it,” Atlantic staff writer Frank Foer tells director-correspondent James Jacoby, who wrote and reported the project with Anya Bourg.
It’s almost difficult to remember now that Amazon started as an online bookseller, before flaring out into a wide variety of products and services.
As the mastermind behind it all, Bezos preached fanatical devotion to customer satisfaction, but also using the company’s business model to amass, track and achieve a greater understanding of consumer behavior, in a way that — especially with later initiatives — increasingly raised privacy concerns.
“I was shocked to see how predictable people are,” Andreas Weigend, Amazon’s former chief scientist, observes in an early interview, discussing what the data revealed about buying habits.
Yet that was only one of the keys to Amazon’s success, which included weeding out weaker publishers — according to insides, the analogy of leopards hunting gazelles was employed — to extract the most favorable deals; opposing unionization by insisting it was unnecessary; and capitalizing on, among other things, the absence of sales taxes for online purchases in its zeal to keep prices low. (Amazon employees, it’s worth noting, don’t acknowledge having heard the “gazelle” reference.)
The signature moment, however, might have come in 2005 with the introduction of Amazon Prime, offering the promise of lightning-quick delivery of products, in what NYU professor Scott Galloway calls “the most successful membership program in history.”
Amazon built that into its own network, not merely in terms of distribution but to establish an aggressive entertainment streaming service. Bezos’ growing media footprint also includes his acquisition of the Washington Post, and a lobbying and communications capacity in which former Obama administration spokesman Jay Carney, among those interviewed, now fills that role at the company.
It’s easy, of course, to see a company like Amazon as a nefarious force simply by virtue of its size and Bezos’ staggering personal wealth. Having conquered business, the executive has literally set his sights on the stars, and the documentary is framed by Bezos’ investment in space exploration.
At the same time, Amazon’s business has insinuated itself into the fabric of modern life, bringing with it extraordinary conveniences, but easily overlooked in the crush of the day to day.
What the filmmakers have effectively done is provide context in which to consider that meteoric rise — along with the ripple effects and potential costs of its impact — while leaving behind this lingering thought: When even the sky is no longer the limit, what does that mean for the rest of us?
Frontline’s “Amazon Empire: The Rise and Reign of Jeff Bezos” airs Feb. 18 at 8 p.m. on PBS.