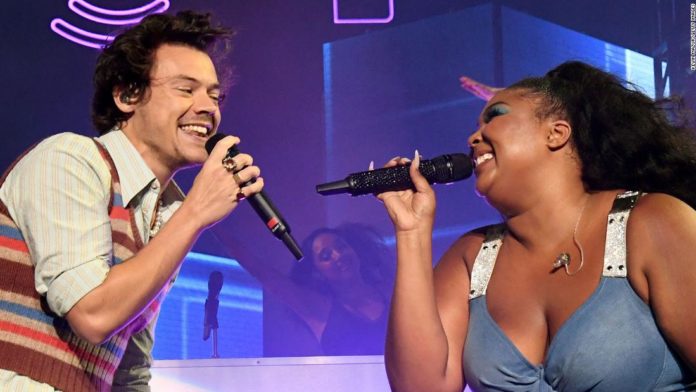 The singer hit BBC Radio 1’s “Live Lounge” to perform a cover of Styles’ “Adore You” — and even dropped his name during the tune.
The mutual love between the two singers started last December when Styles appeared on “Live Lounge” himself and covered Lizzo’s “Juice.”
“She’s one of the most exciting artists working now for sure,” he said at the time. “She’s exactly what you want an artist to be, which is themselves.”
In response Lizzo tweeted, “You know what this means right….?”
It means the two met up to perform a duet of “Juice” Lizzo’s Miami concert in January.
Your move, Styles.

Emma Roberts blocked her mom on Instagram after she leaked pregnancy...