Trouble Is What I Do Photo by: Mulholland — HANDOUT

By Special To The Washington Post · Richard Lipez · ENTERTAINMENT, BOOKWORLD

Thriller roundup — As the winter chill sets in, it’s a perfect time to cozy up with books that will give you a whole other kind of shiver. Here are five of the best new and upcoming thrillers and mysteries that deliver action, suspense and intrigue – all the way to that very last twist.

This techno-action-thriller with its ripped-from-today’s headlines plot was actually first released in Britain back in 1990. An early effort by the author of the esteemed Inspector Rebus mysteries, “Westwind” is about a total withdrawal of U.S. troops from Europe and the United Kingdom, and “how the USA is going to pull up its drawbridge and let everyone outside the moat rot.” A secret counterplot to the ensuing “complete chaos” is uncovered by British communications-satellite techy Martin Hepton after a U.S. space shuttle crashes and burns. Deadly perfidy is everywhere, while Russia is “just sitting back and enjoying the bloody show.” Uncanny.

This deeply satisfying follow-up to last year’s Edgar-nominated “The Dime” has Dallas Police narcotics detective Betty Rhyzyk messed up with PTSD, the result of her captivity and grotesque torture in the series debut. Her fed-up girlfriend, Jackie, tells her to move out. Betty’s cranky supervisor grounds her, too, but that’s no obstacle for this obsessive, borderline unstable, fascinating, Brooklyn-born seeker of truth as she tangles with the Sinaloan drug cartel and the gnawing likelihood that a fellow police officer is bent. Raymond Chandler praised Dashiell Hammett for taking crime fiction out of the drawing rooms and into the streets. With Betty Rhyzyk, Kathleen Kent brings those mean streets to life as excitingly as anybody has in years.

Trouble Is What I Do

Walter Mosley’s sixth Leonid McGill P.I. novel is so short, it almost seems like a throwaway. It’s not. This gifted raconteur of the African American experience has produced an absorbing noir beauty of a tale about a 94-year-old Mississippi blues man, aptly named Philip “Catfish” Worry, bent on a good deed that could get him killed. He hires McGill to inform the daughter of a billionaire white racist that the bigot is actually Catfish’s offspring from a long-ago affair. Part of McGill’s fee will be a bottle of 147-year-old bourbon that “was so smooth that I imagined a green snake slithering across an emerald lawn” – a fitting description for the entire novel.

No mystery writer except perhaps Anne Perry is as successful as Charles Finch at evoking the atmosphere of Victorian London – and not just the physical fragrances and stenches but the sociopolitical ones, too. In this 13th Charles Lenox mystery, the dapper, inquisitive young amateur investigator assists Scotland Yard in its inquiries into an unidentified man who turns up dead on a train in Paddington Station. Peculiarly, the labels have been snipped out of his jacket and trousers. It’s 1855, and social conflicts in both England and the United States soon emerge as disturbing factors in the crime. It’s a dandy plot, and it unfolds with Finch’s signature drollery. A visiting American detective tells Lenox he only eats brown bread and milk. Lenox’s pal Lady Jane Grey asks, “Is he four?” 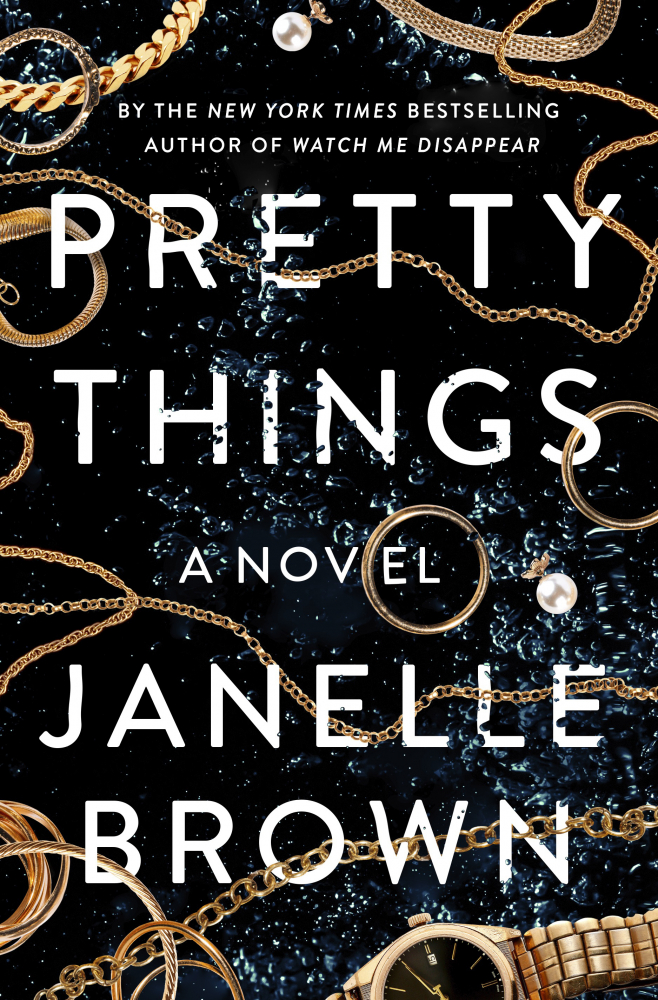 It’s “Dynasty” meets Patricia Highsmith in Janelle Brown’s crazy-family potboiler. If this turbulent saga about a mother-daughter-con man grifter team preying on the least nice people in the economic one percent were a Netflix series, viewers would spend a lot of time yelling at the screen: “Don’t believe him! Can’t you see he’s a manipulative jerk?” Rich, emotionally unstable Vanessa Liebling has a huge following as an “Instagram fashion influencer.” Nina Ross was an art history major who took up the only vocation her education apparently prepared her for: theft. Duplicity abounds when two messed-up clans collide, and Brown’s final multiple twists are doozies.