Home Culture Black supermodels on “disparity” in the fashion industry 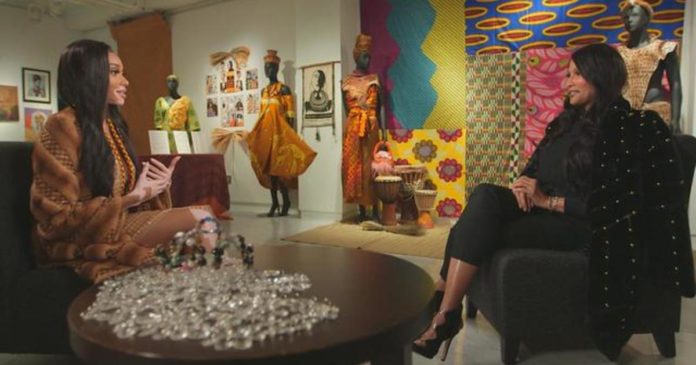 “CBS This Morning” is honoring African-American icons who broke new ground and inspired others with our Trailblazers series in celebration of Black History Month.

Beverly Johnson broke fashion’s glass ceiling in 1974 when she became the first African-American model to be on the cover of American Vogue. Decades later, Winnie Harlow was discovered on “America’s Next Top Model” and has graced iconic covers and runways since 2014.

Both women have championed diversity in the fashion industry. The two caught up with each other at the Black in Time exhibit at the Fashion Institute of Technology in New York City.

Below is a transcript of their conversation that aired on “CBS This Morning,” and has been edited lightly for clarity.

Winnie Harlow: So I was raised in a salon, and my mom was selling your products, as well as Iman and, you know, all these amazing black supermodels that I got to grow up admiring and loving. But then also seeing you guys venture out into other things other than just the typical, “Oh yeah, she’s a model and she can walk a runway, but also, she’s an entrepreneur, she’s a businesswoman, she’s a strong black woman.” It was really incredible for me to see growing up. So yeah, that was really inspiring to me.

Beverly Johnson: Yeah, well tell your mother hi and thank you for supporting me.

One of the things that I, as a model, found out when I was doing a job and I would kind of cozy up to my white colleagues and say, “Oh, so what are you getting paid for this job?” Once, one young lady told me, “I’m getting three times that number and you’ve been doing all the work,” and she literally, my white colleague, got on the phone, called the agency, and she was like, “This is not fair. This is not fair,” and we actually got our rate raised.

I understand that that’s still a problem today in the industry. There’s a huge disparity.

Harlow: I always made it a point not to take a job just because I needed money. I needed it to represent something that I stood for. I needed it to be, you know, a part of my brand. Even being, like, 18, 19 years old. I mean, of course at 18 years old, it’s a little bit about the money, but it was also about building a career. So I think sometimes we also have to stand up for ourselves when we know that we’re being wronged. I’m not going to take this one because someone needs to see the value in me the way I see the value in myself.

In my career, I took all editorial jobs. There was something instinctively, I knew that it was important to be seen in the pages of these huge white magazines. Conde Nast, the Glamour magazine, the Vogue magazine.

Johnson: I kind of plucked out when the Vogue cover happened. And it was just like, “She’s the top black model.” I said, “No. I’m the top model” because I’m on all the magazine covers.

Harlow: I love that.

Johnson: And you too.

Harlow: Thank you. But you don’t say, like, a white supermodel.

It’s amazing to see the wheels turning now, and us making those statements and making those decisions because of the inspiration moving forward into the future for those little girls. All those little things make those differences to where we are today. So, like, I’m happy to walk in your footsteps and continue that march on to be like “No, there’s still inclusion to be made here.” Whether it be at this company or at this brand or this runway or this magazine cover. We need to keep it going.