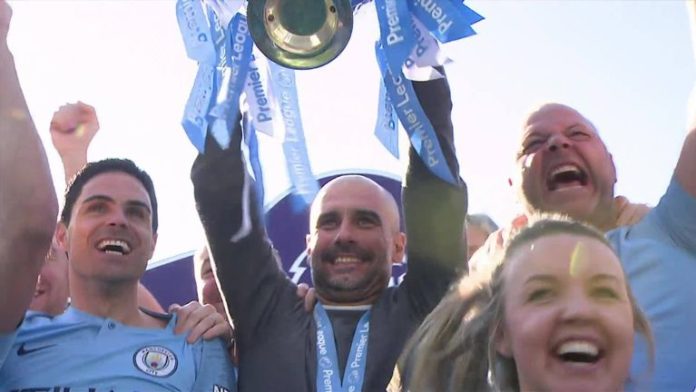 “Sometimes things change and clubs and players have to then weigh up the situation but how many situations are better than Manchester City’s?”

Manchester City’s “class way” of treating their players means their star names will remain loyal despite the threat of a European ban, according to agent Sky Andrew.

The club have been hit with a two-year suspension from European competition by UEFA after being found guilty of Financial Fair Play rule breaches – a ruling the club intend to appeal at the Court of Arbitration for Sport.

Although it could mean key players potentially losing salary bonuses if the City are not in the Champions League, Andrew doesn’t think it will be a problem.

“Everyone talks about loyalty but you can only really judge it on the confines of a contract and I expect Manchester City’s players to be loyal,” Andrew told Sky Sports News.

“They treat their business and players very well and any problems they will sort out behind closed doors.

“You see very few disagreements in the public as they prefer to sit down and sort things out, it’s a class way of doing business.

“Of course, sometimes things change and clubs and players have to then weigh up the situation but how many situations are better than Manchester City’s?

“Their squad is as good as the likes of Barcelona and Real Madrid and have set up their business so well you’d think most will want to stay, weather the storm and come back stronger.”

Andrew also believes any potential ban will not necessarily affect incomings either, with Manchester City still able to attract the best players on the planet to the Etihad.

“Everything is about fulfilling your potential and you look at Man City and their potential is to compete on all levels, which includes the Champions League, which is obviously a problem,” he said.

“But players that have ambition will realise this is just a blip and that the club will be back stronger so it will not affect the opportunity to get the proven players.”