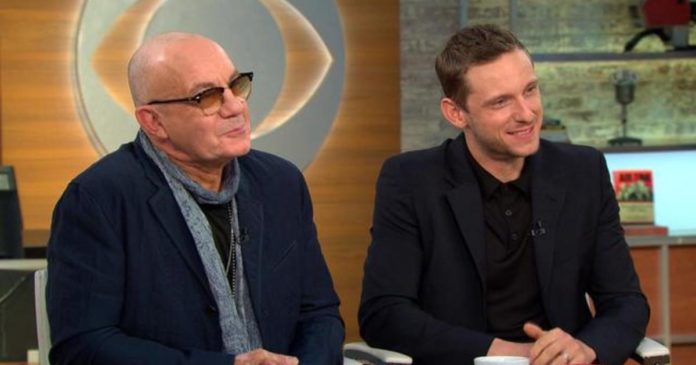 Bernie Taupin wrote the words to many of Elton John‘s most famous songs. He collaborated with the singer on more than 30 albums throughout their ongoing creative partnership.

Actor Jaime Bell plays Taupin in the upcoming biopic “Rocketman,” which will b released nationwide this weekend. The movie explores that friendship between Taupin and John, including their first meeting more than 50 years ago. Bell and Taupin joined “CBS This Morning” to discuss that decades-long history and the new film.

Taupin said his first meeting with Elton John “transpired pretty much accurately to how it’s portrayed in the movie.”

Bell said he met with Taupin before filming began.

“I reached out to Dexter [Fletcher], our director, and said, ‘Can I get an email for Bernie, please?’ … We set up a meeting in Santa Barbara, we drove up there and had a nice dinner,” Bell said. “And I had a lot of burning questions that I forgot to ask him.”

“I think more than anything, I think when you’re playing someone who is around and has done something so wonderful as Bernie has, is just to put a face to another face,” Bell said. “To say ‘Hi, this is me. I’ll be portraying you.'”

“I’m not a recognizable face like Elton,” Taupin added. “So you don’t have to pick up on the personal tics or mannerisms like a Ray Charles or a Johnny Cash.”

Both actors had different reactions to the film. Taupin loved it, while Bell hasn’t seen it, mainly by choice.

“I absolutely love it,” Taupin said. “I want to see it again!”

“I haven’t seen the movie,” Bell said. “I don’t like watching films. There’s a finality to watching something as an actor. The creative process is over.”