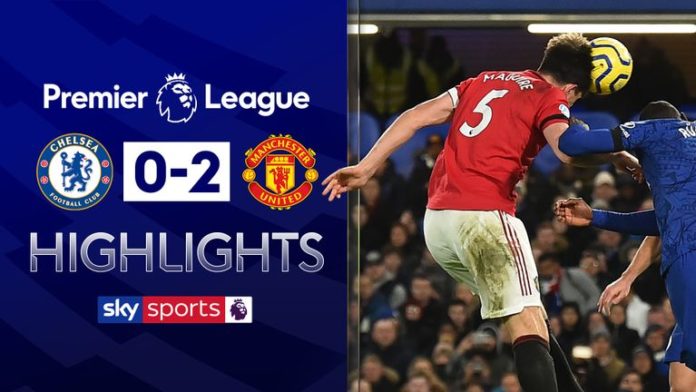 FA will not investigate the matter, although they insist they take the allegations extremely seriously

Chelsea have promised to ban any Manchester United supporters who are identified as having made homophobic and biphobic chants during Monday night’s match, which United won 2-0.

The Football Association has confirmed they will not be investigating the matter, although they insist they take the allegations extremely seriously and remain in regular, ongoing discussions with the Police, Kick It Out and Crown Prosecution Service on what language is deemed discriminatory.

Chelsea released a statement in relation to the chants made on Monday night in which they promised to “always take firm action against all forms of discriminatory behaviour”.

“A number of these away supporters were prevented from entering the stadium and others were ejected during the game.

“This behaviour will not be tolerated at Chelsea Football Club. Those supporters will be banned from attending matches at Stamford Bridge in future, and in co-operation with Manchester United, we have passed the details of those supporters to them so they can take appropriate action.

“Chelsea Football Club is a diverse and inclusive club and will always take firm action against all forms of discriminatory behaviour.”

Manchester United also commented on the chants at Stamford Bridge.

“Our fans were vocal as always in their support for the team last night and we appreciate that loyal backing. However, this song directed against Chelsea FC – or any other club – by some of our fans runs counter to our values,” they wrote in a statement.

Kick It Out released a statement following reports of homophobic chanting by West Ham fans during their victory against Chelsea at Stamford Bridge in December.

A statement from Kick It Out after that game read: “We have informed the FA, and reiterate our message: the ‘Rent Boy’ chant is homophobic and must be treated as such.”

Speaking to Sky Sports News on Tuesday, Stonewall’s director of sport Robbie de Santos stressed there needs to be greater awareness around what the term ‘rent boy’ actually means.

De Santos said: “[With] this particular chant a lot of people say that they don’t understand what is meant by the chant.

“That doesn’t make it excusable but it shows that part of the solutions to stopping this chant is to make sure that people understand what the implications of the word rent boy actually mean.

“To understand that it is homophobic and biphobic and to make sure that they remember that if they are even thinking about joining in.

“It is really important that we continue to see action against these chants.

“It comes down to steward training and making sure that all of those staff that are involved in live sport events are really clear and confident that anti-LGBT language has no place in football or any other sport. It needs to be treated just as severely as any other form of discrimination.”