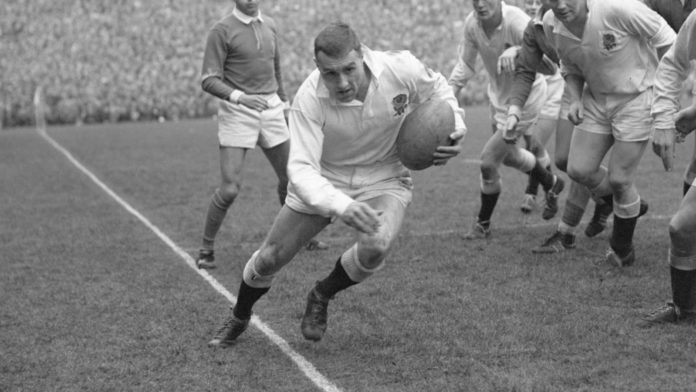 Former England rugby international Andrew Hancock has died at the age of 80.

The former Northampton Saints wing passed away at his home on Sunday.

Hancock scored one of England’s greatest tries in Test history against Scotland in 1965.

With England 3-0 down, he beat four players and sprinted 85 yards down the flank to equalise in the final minute.

He won three caps for his country and featured 73 times for Northampton between 1964 and 1968.