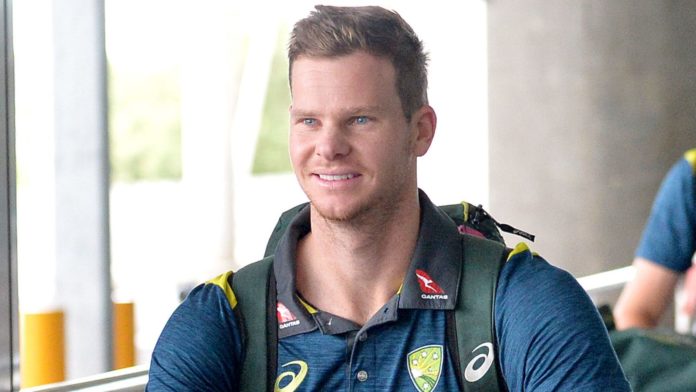 “Just walking into the hotel, initially I was like, ‘the last time I left here it wasn’t pretty’. It wasn’t the best time in my life. But I’ve moved on from that and learned a lot”

Steve Smith says he will “block out” any sledging from South Africa fans as he returns to the country for the first time since the ball-tampering scandal.

Smith and David Warner – part of Australia’s squads for three ODIs and three T20Is – were banned for a year for their roles in the plot to alter the condition of the ball in the 2018 Cape Town Test, with Cameron Bancroft receiving a nine-month suspension.

The 30-year-old says South Africa supporters have been “lovely” so far but reckons there will be some hostilities when the T20I series starts in Johannesburg on Friday, live on Sky Sports Cricket from 3.55pm.

“Everywhere I have been the people have been lovely. Guys have come up and taken some photos and been really nice,” said Smith.

“It’s been normal, the same as compared to when I’ve been here previously. It’s a terrific place to tour and I’m glad to be back.

“I think they’re hostile here at the best of times,” Smith said of South African crowds. “It doesn’t bother me too much.

“[Australia coach] Justin [Langer] said the other day that we had the dress rehearsal in England. There was a fair bit going on there.

“I don’t notice it, particularly when I’m batting. Maybe a little bit when I’m fielding, but then again, it’s just words, it doesn’t affect me. I block it all out.”

“Just walking into the hotel, initially I was like, ‘the last time I left here it wasn’t pretty’. It wasn’t the best time in my life. But I’ve moved on from that and learned a lot.

“I’ve been back playing for a year now. I’m really enjoying it and I feel like I’m playing well. I’m in a nice place.”

Watch Australia’s tour of South Africa live on Sky Sports Cricket, starting with the first T20I, in Johannesburg, from 3.55pm on Friday.