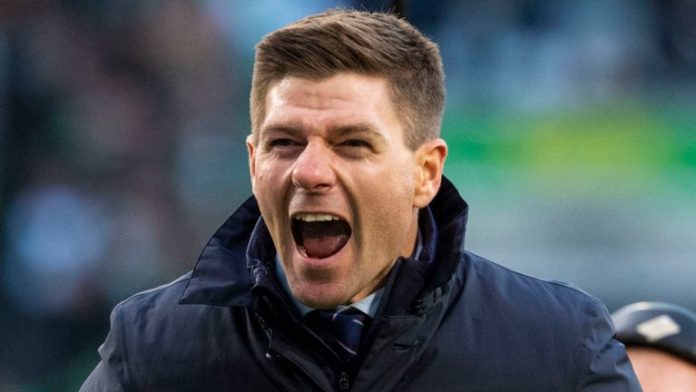 Rangers have been fined by the Scottish Football Association over Ryan Kent and Alfredo Morelos’ Old Firm gestures and a flashpoint in the game against Hibernian in December.

The SFA have fined Rangers a total of £10,000 with a further £5,000 suspended until the end of the season over both charges after being found to have breached disciplinary rule 204.

Rangers previously said they were “astounded” after being issued with the charges relating to the clashes with Celtic and Hibernian.

Technical coach Tom Culshaw was sent off in the 3-0 win over Hibernian at Easter Road following an altercation with the home side’s bench after a reckless tackle on Borna Barisic, which saw Ryan Porteous sent off. He was handed an immediate one-match touchline ban for his part in the incident, plus a suspended one-game ban which will expire at the end of the season.

Another charge for Rangers took into account Kent’s goal celebration, Morelos’ gesture after being sent off and Michael Beale’s subsequent confrontation with the Celtic bench in the Gers’ 2-1 win in the Old Firm derby at Celtic Park on December 29.

Rangers faced punishment for gestures made by Morelos and Kent but both players escaped individual action.

Kent made an apparent gun gesture after putting Steven Gerrard’s side ahead while Morelos was seen drawing his hand across his throat as he walked off following his stoppage-time red card. Rangers later claimed the Colombian had made a “gesture used commonly throughout South America to indicate quite simply that something – in this case, the match – is finished”.

Disciplinary rule 204 states: “All clubs and recognised football bodies shall procure that its officials, team staff, employees and players conduct themselves in an orderly fashion at all times during and/or after a match.

“In particular, clubs and recognised football bodies are responsible for ensuring that its officials, team staff, employees and players refrain from any one or a combination of the following: (a) becoming involved in a confrontation (b) conduct that is likely to lead to or to exacerbate or prolong a hostile or argumentative situation with players and/or team staff from the opposing team and/or match officials (c) conduct that may otherwise incite disorder.”

After the charges were issued a Rangers statement said: “It is concerning that it seems the governing body is seeking to hold Rangers to a different and more stringent code of conduct than that applied to others, with unprecedented charges being levied against the club.”

Rangers have been handed a £5,000 fine for the incident in the Hibernian match, with £3,000 of that applied immediately and £2,000 suspended until the end of the season.

Bodies found in search for victims of 1921 Tulsa race massacre

What’s the deal with the HomePod mini?

A Palestinian detainee on hunger strike is in critical condition