Home World Harry and Meghan’s use of the word ‘Royal’ being reviewed, source says 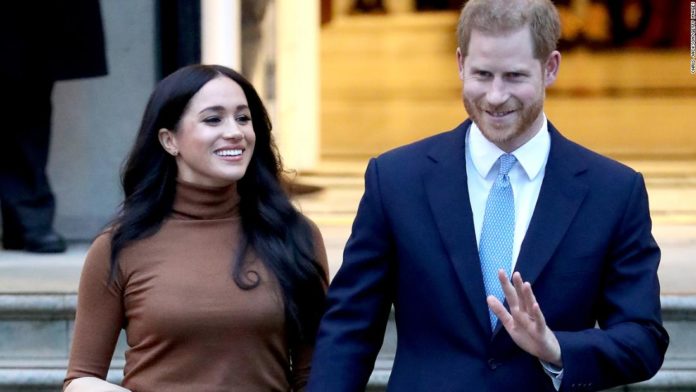 The Duke and Duchess of Sussex surprised the world last month when they announced plans to step back from their duties in the British royal family and “transition into a new working model.”
Inside the Royal family

CNN’s new Original Series goes inside the story of the world’s most famous Royal family. “The Windsors: Inside the Royal Dynasty” airs Sundays at 10 p.m. ET/PT. Follow along with #TheWindsorsCNN.

At the same time, it emerged that couple had submitted an application for a UK trademark for the term “Sussex Royal,” covering hundreds of items under the categories of printed matter, clothing, campaigning, charitable fundraising, education and social care services.
However an aide to the Queen warned the Duke and Duchess against using the term, The Times of London newspaper reported earlier this month.
“I don’t think it’s satisfactory. One cannot be two things at once. You either are [royal] or you’re not,” Thomas Woodcock, Garter King of Arms, told the publication. Woodcock said he was speaking in a personal capacity.
“It is such unusual times that it is a matter of waiting and seeing how things develop,” he added.
When Buckingham Palace outlined the new roles for Harry and Meghan last month, it said there were some issues that required additional work and consultation.
Prince Harry and Meghan agreed to stop using the titles His and Her Royal Highness, eschew some state funding and return the Sovereign Grant funds they spent to renovate their official residence.
The source said that planning was well underway around the launch of the couple’s new non-profit organization, adding that details will be shared in due course.
Harry and Meghan left for Canada with their son Archie after the royal exit announcement.
Since then, it has been announced that the couple were closing their office at Buckingham Palace, leading to some of its 15 employees becoming redundant. CNN understands that the couple no longer needs an office at the Queen’s main London residence since stepping back from their roles as senior members of the royal family.