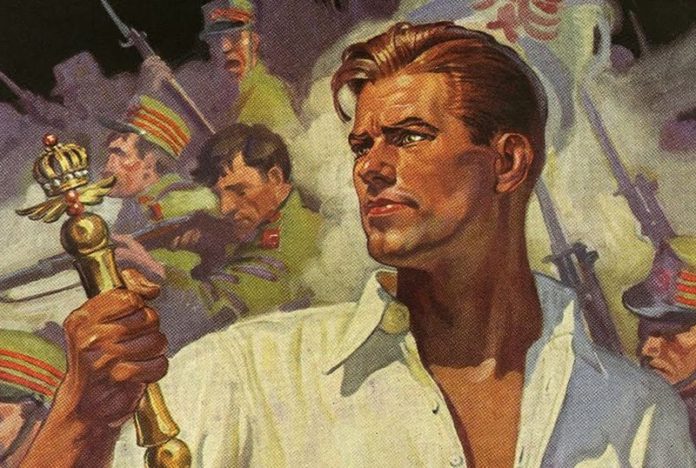 Though the original plan for a Doc Savage adaptation originally was set to see Dwayne Johnson (Hobbs & Shaw) star in the titular role and Shane Black (The Nice Guys) helm the project, plans stalled for four years and now Sony Pictures Television has begun development on a small-screen iteration of the pulp magazine hero, according to Deadline.

RELATED: Crossfire Film Adaptation in the Works at Sony Pictures

Sony’s small screen branch is partnering with Neal H. Mortiz’s Original Film and Condé Nest Entertainment to develop a scripted series based on the Street & Smith pulp fiction franchise as part of a three-year deal between Original Film and Sony Pictures TV. The series will chronicle his adventures, including rampaging dinosaurs, secret societies, incredible gadgets and weapons, death traps, fast-paced escapes and plots to rule the Earth.

While trying to get the feature off the ground, Moritz began contemplating a small-screen adaptation. He felt like, with hundreds of characters and myriad stories featured in the books, the Doc Savage IP would be better served as a TV series where there is more time to explore characters. Original Film has a successful track record adapting comic books/graphic novels to television with The Boys, Preacher, and Happy!

Pulp publisher Henry W. Ralston and editor John L. Nanovic created Doc Savage in 1933 with a run of 181 individual stories, later reissued as paperbacks. Trained from birth by his scientist father to have superhuman abilities, Savage is a physician, surgeon, scientist, adventurer, inventor, explorer, researcher, and musician with incredible strength, endurance, a photographic memory, martial arts mastery as well as a master of disguise. A much-maligned movie Doc Savage: The Man of Bronze was released by Warner Bros. in 1975, produced by George Pal and starring Ron Ely.

Black was to direct Doc Savage for Sony Pictures from a script he had co-written with Anthony Bagarozzi and Charles Mondry. Neal H. Moritz was going to produce the project with Ori Marmur through his Original Film banner alongside Johnson and Hiram Garcia through their Seven Bucks Productions, but Johnson revealed in an interview in January 2018 that business-related issues hindered production, leading to its cancellation.