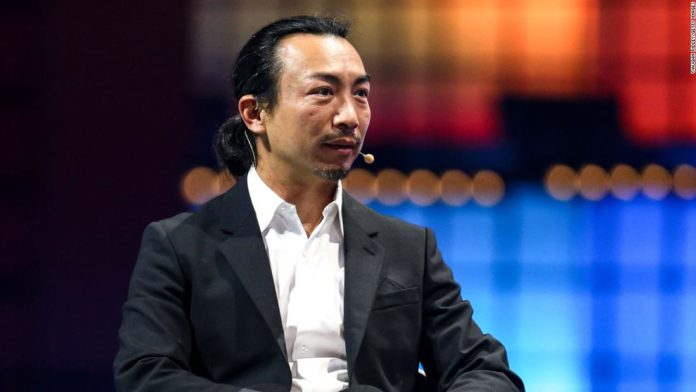 “We made a lot of mistake [sic] and we learned from it,” Bao said in a Boss Files interview with CNN’s Poppy Harlow.
Lime launched as a bikesharing company in 2017, but quickly shifted its focus to scooter sharing in 2018. The instant popularity of scooters helped Lime raise $777 million from investors and expand to 120 markets worldwide.
But Lime has also faced plenty of challenges, including safety concerns and strained relationships with cities and residents. In January, Lime pulled its scooters out of 12 markets across the globe and laid off 14% of its full-time workers. Lime said then that the layoffs were due to a struggle to achieve profitability amid low ridership and regulatory challenges in the markets.

“It was very emotionally heavy for me and for my leadership team,” Bao said of the layoffs. “When we evaluate a business, we are not precise enough to measure like how big the team should be for the size of the business or what that means to the sustainability of a company.”
In those early days, he said, the company was making the best hiring decisions it could based on the information it had. While Bao said he doesn’t regret those decisions, he now realizes the mistakes that were made.
One important lesson Bao said he learned from investor Ben Horowitz was to “hire the right people at the right stage.”
He described the discomfort of having to shift early employees, who were often friends, out of roles so he could attract better talent as the company grew.
“One of the most painful things for a startup founder is when you get started the company is small, nobody can see the future yet and [the] best talent won’t join for that reason. Therefore, we had to hire friends,” Bao told Harlow. “Friends can do a bit of accounting, friends can do a little bit of HR. Here’s the dilemma: If the company doesn’t go well, friends support each other, everyone was cool. If the company goes well, you know you have to let go.”
Bao also described how Lime would be better off if it had a more diverse leadership team and board of directors.
“We found [that] we don’t understand the women riders,” said Bao “If we can further diversify — not just the leadership but the entire company — we’ll significantly benefit from it.”

Bao has also faced challenges outside the company. As quickly as the scooter-sharing industry gained popularity, it also began facing backlash. Riders were parking the scooters carelessly, sometimes blocking sidewalks or just creating an eyesore because they would pile up or tip over. Scooters were found in people’s yards, in rivers, lakes and fountains.
Bao said the company has been grappling with the best way to encourage orderly parking among its riders, like using GPS tracking devices, offering specific parking zones and instructing riders to take a photo of their scooter after parking it and sending it to Lime to confirm it’s parked appropriately.
He pointed to Copenhagen and Amsterdam, cities with strong biking cultures, as an example of how a culture of parking vehicles responsibly could eventually be built.
“We’re not there yet,” Bao said.
Safety has also been a hot-button issue. A Consumer Reports investigation found that there had been an estimated 1,545 people injured in scooter crashes between late 2017 and early 2019.
Bao said Lime is working to proactively improve the safety of its scooters.
One way is through its “First Ride” program, a safety class it has held in 60 cities since the summer of 2019. More than 4,000 people have attended the hour-long class. Lime users are taught how to check a scooter is safe before a trip, how to balance on a scooter and how to park.
The company is also developing a technology that will slow a scooter down when it detects the user is riding it on a sidewalk.
When Bao looks back on the past few years, he said he’s learned a lot, both here in the US and abroad.
The Chinese bikeshare boom, which preceded Lime’s launch, showed him how there could be too many bikes or scooters on a street and how that impacts surrounding communities.
“How we interact and support the city and community is a very dominant consideration we need to have,” he said.