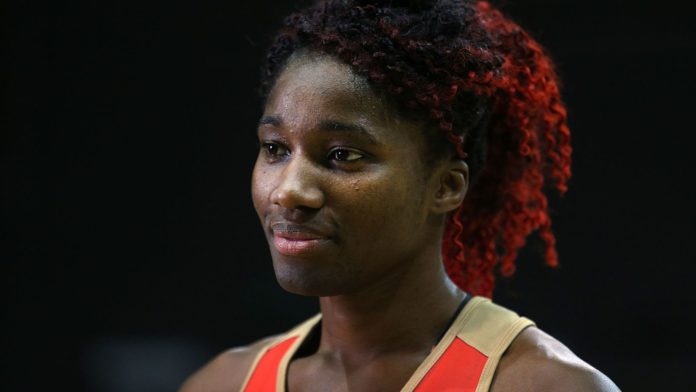 By Emma Thurston and Hannah Wilkes

Ama Agbeze hopes that time will be a great healer as she takes to court with Severn Stars for the 2020 Vitality Netball Superleague season.

The former England captain made the move to Stars from London Pulse during the off-season and previously spoke to Sky Sports about the nerves she felt ahead of her first training session.

Now, it is almost time for pre-season to end with the Season Opener on the horizon this Saturday, live on Sky Sports. Stars will be third on court against Saracens Mavericks and it will be the first time that we all get to see them play together as a competitive unit.

For defender Agbeze, the start of this new Superleague season helps to draw a line in the sand after the most difficult season of her netballing career, which saw her not be selected for the Netball World Cup.

Bessell and Stars focused on the final

Melissa Bessell and Severn Stars have their sights fixed on the 2020 Vitality Netball Superleague Grand Final.

Agbeze was open about making the move back from New Zealand to London, she did so in order to experience the buzz around the country ahead of a home World Cup, having had it in her mind for years.

However, when Tracey Neville announced the Vitality Roses’ squad, Agbeze name was not part of it and the former captain had to process the fact that she was going to have to watch something that could have been the pinnacle of her career.

Needless to say, processing that level of disappointment does not happen in the blink of an eye and is not an easy thing to do.

“It’s definitely knocked my confidence and it has been really tough, I’m still working on that. Hopefully moving to Stars is a step in the right direction for me,” Agbeze said to Sky Sports.

“I don’t think that I’m actually fully over it. Hopefully, as I move forwards, I can heal some more.”

For Agbeze now it is about finding a way to heal and becoming comfortable with the role netball plays in that process.

She has been at the top of the English game for 16 years and still has plenty to give, but returning to court is not wholly straightforward.

“Stepping back into netball is helping and hindering me. I guess, it helps me to look forward and move on, but I’ve still got the demons of the past there.”

We run the rule over the franchises taking to court for the 2020 Vitality Netball Superleague season starting on February 22.

She added: “I’m just hoping that with time, I can be a better player and a better person.

“Initially, I wanted to get straight back in [internationally] and prove that I should have been there. I think now, mentally I’m not ready for that yet. I just want to play netball and see what happens after.

Its training day with @SevernStars & Im super excited. Its time to work hard, then harder with a top up of alittle harder to finish. This is how the “Magic happens” ???

During pre-season, head coach Melissa Bessell shared her insights into the expectations Agbeze puts on herself. They are an element that will drive her success on court but they’re also something to manage when processing the past.

“She just has such a high work ethic and everything that she does has to be perfect [in her mind]. As I’ve said to her, no one is that perfect and that we like to see the blemishes.”

Stars’ pre-season has been a little fragmented however the unexpected disruptions have not de-railed their enthusiasm about attacking the new term with gusto.

With the introduction of straight-talking and dynamic Bessell, there’s vitality at the helm and a strong determination to succeed. Mid-court legend Liana Leota joins Agbeze as another high-profile signing and Nia Jones and Paige Reed should also not be overlooked.

“A lot of the team are new so it’s the first time that we’ve worked together but I think that we’ve got a good training ethos.

“We have real trust in each other and it’s almost like we’ve come together out of nowhere, but we know each other really well.”

With the opening game of a new season now coming into focus, the line that’s faintly drawn underneath last season is about to be enhanced with Agbeze’s sole focus being on Stars.

As the rounds play-out, the hope for Agbeze is that time will prove to be a great healer and that with the support of those around her, the memories of such a difficult period of her career will subside and be replaced by more positive ones.

Sky Sports is your home of netball and is back on your screens this week. The Season Opener from Arena Birmingham will be live on Sky Sports Mix & Arena, plus streamed on the Sky Sports YouTube channel, from 11am on Saturday.