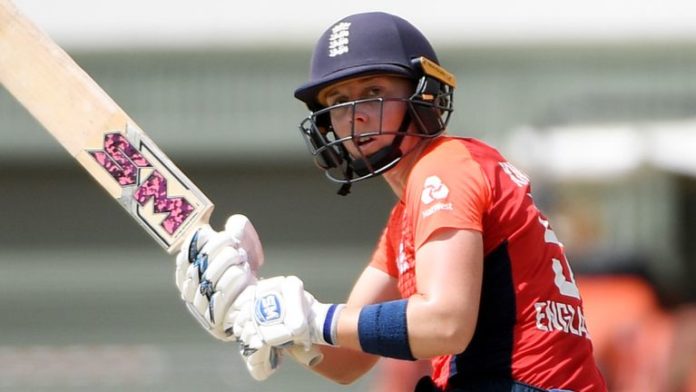 Australia are aiming for a record-extending fifth title, with England looking for a first trophy since the inaugural edition in 2009 having lost to the Southern Stars in three of three past four finals.

Ahead of the tournament – which starts with hosts Australia versus India on Friday, live on Sky Sports Cricket from 7.30am – we look at the teams’ competition records, squads for 2020 and their chances of success according to former England batter Lydia Greenway…

LYDIA GREENWAY SAYS: Entering the tournament as reigning champions and firm favourites, thanks to the best domestic structure in the world, Australia have a team packed full of world-class players. They have a huge amount of depth in their batting department but there will be concerns coming into the tournament with the top order not having fired in their preparations as often as we have become accustomed to. It will be interesting to see how they handle the pressure of performing on home soil with such high expectations from supporters but with players like Ellyse Perry in their ranks it is hard to see how they will not make the final.

LYDIA SAYS: Bangladesh are a skilful team who show moments of brilliance but often struggle to compete against the big teams due to lack of experience and playing opportunity against quality opposition. If they have realistic expectations they will look to target a single win in the group games, perhaps against Sri Lanka, which will be a respectable achievement.

LYDIA SAYS: England will be desperate to get their hands on the trophy for the second time having missed out in the final in 2018 against Australia. Hopes will be high and Heather Knight will be keen for her opening pair of Danni Wyatt and Amy Jones to start finding form as on their day they can be the most destructive batting duo in the world. Knight will also be keen to keep both Anya Shrubsole and Katherine Brunt fit for the duration which is something that has not always happened in big tournaments.

LYDIA SAYS: Surprisingly, India are yet to win this tournament. They have arguably the strongest team in their T20 history and possess genuine match winners with the bat including Smriti Mandhana and captain Harmenpreet Kaur. They have high-class spin options but may fall short with a lack of pace, especially on the quick wickets here in Australia where an extra bit of pace can help get you wickets in the powerplay.

LYDIA SAYS: Always the bridesmaids, never the bride is a term that springs to mind with the Kiwis! Their batting line up has been bolstered by a welcome return for Rachel Priest, who, along with newly-appointed captain Sophie Devine and Suzie Bates, forms a trio of batters that most bowling attacks will fear. Their key challenge will be winning pressure moments in big games and ensuring all of their big guns fire consistently.

LYDIA SAYS: Pakistan are a much improved team over the years. They have surprisingly left out Sana Mir, who is their most experienced and valuable player with both bat and ball. Captain Bismah Maroof will feel the pressure to perform for her team as a batter who can take on bowling attacks and score at a quick rate but you feel she will need more support if her team are going to progress beyond the group stages.

LYDIA SAYS: South Africa are a team who will feel they can cause an upset. They have historically relied on two to three players but will now have more strength in depth thanks to many players being picked up for the Women’s Big Bash and in what was the Kia Super League in England. They possess a strong leader in Dane van Niekerk and have arguably the tournament’s best pace attack in Marizanne Kapp and Shabnim Ismail which makes them a team who will genuinely be targeting the final

LYDIA SAYS: Sri Lanka have caused a few upsets in the past but have recently struggled to find any consistency. They rely heavily on their captain Chamari Attapatu who is capable of scoring big runs against good bowling attacks, including Australia’s, who she scored a century against only last year. Another team who unfortunately have not got enough depth to prove genuine semi-final contenders.

LYDIA SAYS: Making their first appearance in the T20 World Cup, Thailand are a team who are bound to win the hearts of spectators. They have played some great cricket to earn their place here but the question will be how they compare and compete against some of the world’s best teams. It would not be unrealistic for them to target walking away with a single win but anything more than that will be a tough ask.

LYDIA SAYS: West Indies are another team who have world-class players, especially in captain Stefanie Taylor and Deandra Dottin. They will also need players like Hayley Matthews to step up. Matthews played a huge role in helping them win the trophy in 2016 and her team will need her to be in top form from start to finish if they are to progress to the semis.