Home Sport What next for the NFL’s free agent QBs? 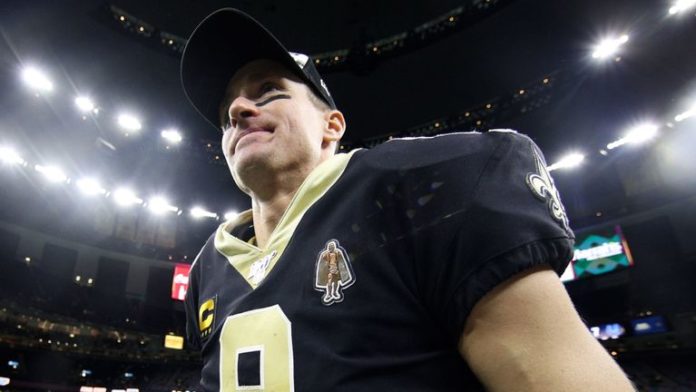 The New Orleans Saints have decisions to make on the future of Taysom Hill and Teddy Bridgewater.

It’s hard to recall an offseason that has promised to alter the NFL’s quarterback landscape more so than that 2020’s.

There are question marks over the future of the league’s seasoned veterans, as well as those striving to get their careers back on track.

Eli Manning has retired with the New York Giants and Philip Rivers has moved on from the Los Angeles Chargers after 16 years with their respective teams. Tom Brady and Drew Brees are moving ever closer to calling time on their illustrious careers. Patrick Mahomes, Deshaun Watson and Lamar Jackson are threatening to dominate the NFL for the next decade.

Add to the mix Joe Burrow and Tua Tagovailoa who are expected to be early picks in the upcoming draft. It feels the transition into a new era has accelerated somewhat.

Among the free agent quarterbacks in the NFL, there are several intriguing storylines to keep tabs on over the coming weeks.

Saints have decision to make

The New Orleans Saints appear to have ticked off one offseason job, with Brees quashing rumours of retirement by confirming he will be returning in 2020.

An unrestricted free agent, the 41-year-old looks set to stay put ahead of what will be his 20th season in the NFL as he looks to lift the Lombardi Trophy for a second time.

The more fascinating piece to the jigsaw is the fate of restricted free agent Taysom Hill, who proved an inspired decoy and weapon on the Saints offense last season with 19 catches for 234 yards and six touchdowns, 156 rushing yards for one score and 55 passing yards.

It’s the latter Hill has openly expressed his desire to build on, outlining his aspirations of playing as a starting quarterback at some point.

Hill will be 30 in August and has attempted just 15 passes in his NFL career, and yet there is a growing suggestion he could be the man to take over from Brees. Head coach Sean Payton teased Hill “may be the next Steve Young” last summer, before starting Teddy Bridgewater in Brees’ five-game injury absence during 2019.

One scenario could see the Saints enter 2020 with a tandem of Brees and Hill, placing a tender on the Brigham Young product and edging him into a more conventional passer role. Should that be the case, you would imagine that spells the end of Bridgewater’s time in New Orleans.

On the other hand, the effort of talking up Hill’s potential as a starter has the traits of a ploy to lure teams into moving for him – for what could be a generous return.

As for Bridgewater, it’s difficult to envisage any teams being able to afford the $7million plus backup money he would likely demand.

The Chicago Bears remain committed to Mitchell Trubisky for now, but Bridgewater looms as a tempting security blanket with the ability to steady a ship mid-season. He could also emerge as an option for the Los Angeles Chargers after they parted ways with Rivers, while the Carolina Panthers make for another fascinating landing spot should they move on from Cam Newton.

New deals in the offing?

For all the discussion surrounding the future of Brady in New England, there is a sense the saga will end unsurprisingly anti-climatic.

Brady is an unrestricted free agent for the first time in his career, but will be 43-years-old when the 2020 season gets under way in September. With the Patriots yet to secure his long-term successor, paying the six-time Super Bowl winner on a short-term deal, regardless of his decline in 2019, appears the most logical way of buying themselves time.

Punter Jamie Gillan reflects on his rookie season with the Cleveland Browns and offers advice to the UK’s NFL Academy student-athletes.

That would mean supporting Brady with the weapons out wide that he was desperately lacking last season.

The Chargers are a possible destination as they bridge the gap between Rivers and their next franchise quarterback, although bringing in Brady would feel more like an effort to build fan interest for a team still trying to generate excitement in a new city.

Brady in Las Vegas with the Raiders and Jon Gruden is another exciting thought, yet one that is also glittered with PR gold dust.

In Tennessee, Ryan Tannehill looks likely to be rewarded for his stunning comeback season with an opportunity to stay with the Titans, while the Dallas Cowboys won’t be letting fellow unrestricted free agent Dak Prescott go anywhere amid negotiations over what is set to be a bumper contract.

Old-timers on the move?

It was announced earlier this month that the Chargers had decided to move on from Rivers on the back of their 5-11 season, across which he threw his fewest touchdown passes since 2007 and tied-second most interceptions in his career.

The Chargers needed a change, if anything to try and convince its fan base that the organisation is heading in a new direction.

With regards to landing spots, the Indianapolis Colts stand out as an attractive proposition. Rivers worked with head coach Frank Reich for two years in San Diego, as well as offensive coordinator Nick Sirianni for four years.

The Colts’ win-now roster includes one of the NFL’s top offensive lines, while general manager Chris Ballard has publicly cast doubt over the future of quarterback Jacoby Brissett, who took over the starting role from Andrew Luck following his retirement.

Case Keenum is another unrestricted free agent this offseason having played 10 games for the Washington Redskins last season, with Alex Smith recovering from a leg fracture and rookie Dwayne Haskins finding his way in the NFL.

Bringing the 31-year-old back wouldn’t be the worst move by the Redskins, especially when considering Haskins’ mixed introduction.

Would the Tampa Bay Buccaneers fancy Keenum as a safe backup to the unpredictable Jameis Winston? Will the Chargers supplement a rookie quarterback with Keenum’s experience or perhaps plan towards a Trevor Lawrence in 2021? Might the Bears turn to Keenum as insurance for another Trubisky dip?

It remains to be seen what the future holds for Winston in Tampa after a typically erratic season in which he led the league in passing yards (5,109) as well as interceptions (30).

Were he to move on, the Raiders would beckon as an experiment of whether his aggressiveness could rub off on Derek Carr’s conservative approach.

Marcus Mariota, 2015’s second overall pick, meanwhile saw his career come to a standstill last season as he lost his starting job in Tennessee to the revitalised Tannehill. Though his future looks uncertain, the 26-year-old still has time on his side.

It wouldn’t be beyond the realms of possibility for Bill Belichick and the Patriots to take a shot on Mariota as backup to Brady, particular as they continue their search for a new franchise play-caller.

The Cincinnati Bengals intend to find quarterback Andy Dalton a new team in the off-season, according to reports.

One avenue to pursue with Mariota is the use of the Oregon product in a Taysom Hill-esque role, exploiting his undoubted scrambling ability as a useful gadget on offense. Would such a toy catch the eye of Andy Reid and the Kansas City Chiefs or Pete Carroll and the Seattle Seahawks? Perhaps.

Depending on what the future holds for Newton, Carolina and new head coach Matt Rhule may also look to the Heisman Trophy winner as an option with the ideal mobility.