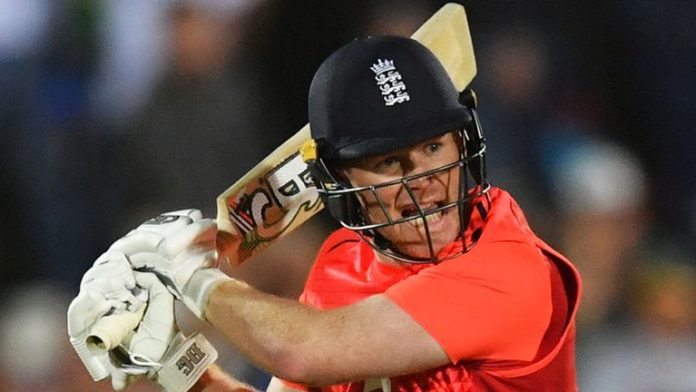 “Pakistan fans are some of the most passionate I have played in front of. They have been starved of cricket of late due to circumstances they can’t control and to be able to watch these big names live will be great for them”

Dawid Malan rounds off his South African diaries by hailing England’s performances under pressure and looking forward to playing in the PSL, The Hundred and for new county Yorkshire…

I have been pretty pleased with my winter, both internationally with England and domestically in the Bangladesh Premier League and T10 League.

Having got a duck in a warm-up game before the ODI series against South Africa, the balls I faced in the final T20I were the first that hit my bat since the BPL on January 10!

I felt alright for my first four or five balls, felt I had a bit of rhythm, but my last four or five I messed up a little bit, so that was disappointing – but what a fantastic game of cricket.

When you play at grounds like Centurion you are aware that you are likely to be chasing down a really big score or having to set one.

Our bowlers will probably be frustrated that South Africa got 220-odd but the wicket was unbelievable and one of the sides of the ground was really small as well.

The way Jos Buttler, Jonny Bairstow and Eoin Morgan chased it down, Ben Stokes as well, they made it look pretty easy in the end. It was amazing to watch.

With Tom Curran and our bowlers holding their nerve in the previous game, it shows how we can perform under pressure, which is what you want with a big tournament on the horizon, in this case the T20 World Cup in Australia at the back-end of the year.

You learn a lot more about yourself in the tight finishes.

We were disappointed to lose the first game in East London as we were in the driving seat for most of the match chasing 178 but to come back the way we did was fantastic. Tom and Chris Jordan with the ball in Durban and then the batsmen at Centurion – those are great signs moving forward.

This team is never satisfied. We have just come out on the right side of two fantastic games and a series win but we still want to improve.

The mindset is never to think we’re the best – it’s all about continuing to push boundaries. The players in the side are always pushing themselves so the players out of it must do the same.

It is a quick turnaround for me. After a short stop at home I am now in Pakistan ready to play for Islamabad United in the Pakistan Super League, a tournament that I think is great fun

The PSL bowling attacks are a great standard, with excellent pace bowlers and spinners, so it always presents a great challenge.

Because the whole competition is being held in Pakistan there will be a hell of a lot more attention on it so if I do play I am looking forward to playing in front of 30 or 40,000 people.

Pakistan fans are some of the most passionate I have played in front of. They have been starved of cricket of late in their country due to circumstances they can’t control and to be able to watch these big names live, not just on the TV, will be great for them.

The security in Pakistan is phenomenal and I cannot see any reason why cricket can’t go back there on a regular basis.

I mentioned in last week’s column how much I enjoyed playing with Dale Steyn in the Mzansi Super League and we are now in the same PSL franchise, too.

A lot of people on the outside look at these tournaments and say it is all about the money but, for me, the amount of learning you can do is the best thing.

To be able to rub shoulders with these sorts of guys, seeing how they prepare, how they train, is invaluable. It helps you become a better player.

Later on this year, I will also be playing for Trent Rockets in The Hundred, and I can’t wait.

We as players have been desperate for a franchise tournament in England to help the game grow and the fact I will get to play on a batting wicket as good as Trent Bridge is a bonus. Hopefully I am doing well at the time and can take advantage!

2020 is also my first season at Yorkshire. I felt last year that I needed a change and that I wanted to keep pushing myself in this stage of my career.

I’m not saying that I couldn’t have done that at Middlesex but I just felt freshening things up and challenging myself to get better in a new environment was the way to go.

I chatted it over with my wife and then I had a really positive discussion with Yorkshire. It was a very easy decision from there. My job now is to score runs regularly for Yorkshire and if I do that then hopefully I can play all forms for England, which is definitely still on my radar.

I am only 32. Whether playing Test cricket again is realistic or not I don’t know but by scoring a lot of runs you can keep yourself in the hat in case of injury or loss of form.

I still think I have a hell of a lot to offer in both white-ball formats as well. Will I be too old for the next 50-over World Cup in 2023? Who knows? I just want to keep performing and see where it takes me.