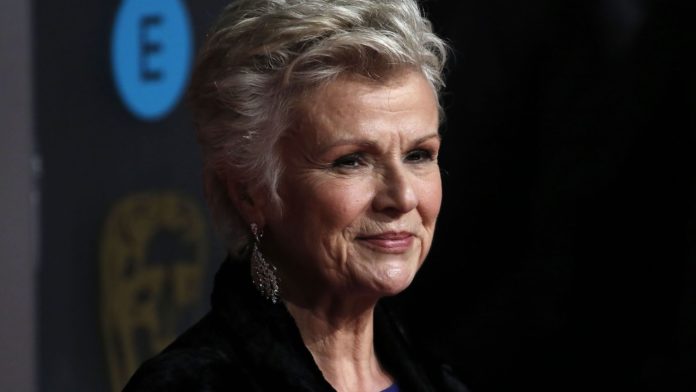 Julie Walters has revealed that she was diagnosed with stage three bowel cancer.

The Billy Elliot star told the BBC’s Victoria Derbyshire show that, following chemotherapy, she had been given the all-clear.

Walters, who has starred in over 40 films and was made a dame in 2017, also hinted that her next film could be her last.

She said she first went to the doctor with indigestion and “slight discomfort” but later returned with more serious symptoms including stomach pain, heartburn and vomiting.

Walters was referred to a gastric surgeon for a CT scan and later received a phone call while on the set of her latest film The Secret Garden asking her to go in.

She explained how she felt when she was given the diagnosis: “Shock. First of all, shock. And I thought ‘Right’. Then you hold on to the positive which was that he said ‘We can fix this’.”

A stage three cancer diagnosis indicates the cancer has spread to nearby lymph nodes, and is one level below the most serious category.

She also recalled her husband, Grant Roffey, had tears in his eyes when she told him the news, saying: “I’ll never forget his face.”

Walters said she feared she “may not come round from the anaesthetic” while waiting for surgery.

She says she had 30cm (around 12 inches) taken out of her colon during the procedure.

The operation meant she had to be cut from some scenes in the forthcoming adaptation of Frances Hodgson Burnett’s classic children’s novel The Secret Garden, in which she stars alongside Colin Firth.

She also had to miss the premiere of Mamma Mia! Here We Go Again, with her agent telling people she had a ruptured hernia in order to keep the cancer diagnosis secret.

Genevieve Edwards, chief executive of Bowel Cancer UK, said: “We are very sorry to hear Dame Julie has been treated for bowel cancer.

“We are incredibly grateful to her for speaking so openly about her diagnosis.

“It’s only by talking publicly about this disease and raising awareness that we can encourage more people to take action if they have concerns.”

Ms Edwards went on to encourage anyone who receives a free NHS bowel cancer screening test in the post to complete it, as it “could save your life”.