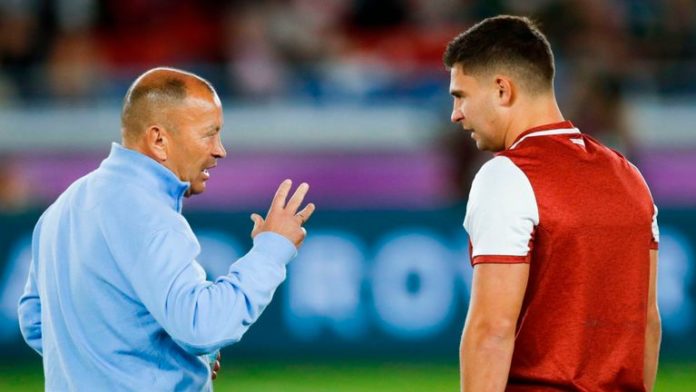 Eddie Jones has hailed Ben Youngs as England’s most passionate player but warned the Leicester scrum-half he needs to improve on his current form.

After starting England’s 24-17 defeat to France in the opening round of the Six Nations, Youngs was dropped to the bench in favour of Gloucester’s Willi Heinz for their second-round victory over Scotland.

Jones says Youngs, who has 97 caps for England, is aware he needs to raise his performance levels.

“[Youngs] has a desire to always get better,” Jones said. “He had a difficult 2015 World Cup [but] rebounded really well. It means a lot to him to play for England.

“He has obviously got good core skills but he has a lot of pride in playing for England. I don’t think I have seen as passionate a player as him for England.

“I think he needs to keep improving, like every other player in our squad. I think he understands that.”

Youngs accepts he needs to earn the right to wear the No 9 jersey for England.

Asked about Jones’ remarks, Youngs said: “You cannot [afford] to think enough is enough and you are settled and happy with where you are at.

“You have got to have that drive to carry on going. That is why every player pushes in that direction and I am no different.

“It is exciting. I still think I have a lot to give this group and I want to be a part of it.”

Jones retained an extended squad of 27 players this week with a number of players working to overcome injuries.

One of those is Henry Slade, who has been out since fracturing his ankle in December, and Jones confirmed the Exeter centre remains in contention to face Ireland on Sunday.

“Slade is coming through well. We have got as training run today,” Jones said. “This afternoon is our main training run. We have a few guys with a few niggles so we have just kept a couple more in.

Asked if Slade is in contention for selection against Ireland, Jones replied: “He would not be here if he wasn’t.”

Ireland come to Twickenham looking to secure a Triple Crown after enjoying wins over Scotland and Wales in Andy Farrell’s opening two games as head coach.

Jones knows Farrell well having worked with him at Saracens, and the England boss expects nothing less than a well-prepared Ireland on Sunday.

“[Farrell] has got a good rugby brain, whether it be league or union,” Jones said.

“He thinks about the game well. He has got a good demeanour about him. He is a strong character with a strong will to win.”

“[Ireland] are a very well-coached team. We respect their back row so we are going to have to be good in that area.”