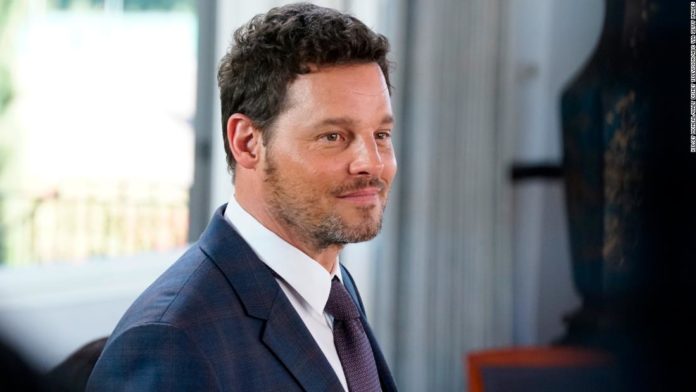 The writers were left to create a storyline for original cast member Justin Chambers following his sudden departure from the medical drama. His last episode aired in November.
Vernoff explains that Chambers’ character arc “was a very careful threading of a needle, where we are giving a little bit of information and pain to Jo,” she said of Camilla Luddington’s character, Jo Karev, adding, “We’re, episode by episode, illuminating the story of where Alex is. And it takes us quite a few more episodes to get there and to give the audience clarity.”
She added that the storyline will be touched on as the episodes go on, but his disappearance won’t be resolved immediately.
Luddington’s Jo was also taken into consideration when figuring out what to do with Chambers’ character.
“Jo went through so much pain and so much grief just last season that I wanted to be careful,” Vernoff said. “And so it’s a bit of a mystery (what’s going on with Alex), so that we don’t watch Jo in the same place that we watched her in last season. We did it as carefully as we could. But it takes a while to get there,” she said.
Chambers said in a statement to Deadline when he announced his departure that “There’s no good time to say goodbye to a show and character that’s defined so much of my life for the past 15 years.”
“For some time now, however, I have hoped to diversify my acting roles and career choices. And, as I turn 50 and am blessed with my remarkable, supportive wife and five wonderful children, now is that time.”