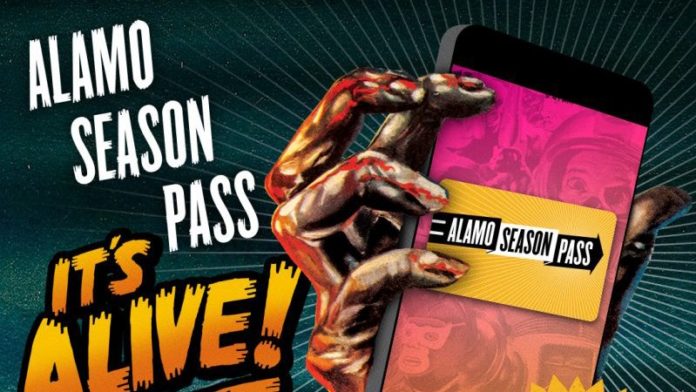 Alamo Drafthouse Cinema has announced that its Season Pass program is now in use at all 41 locations across the country. Season Pass is the only subscription program that allows guests to have the Alamo Drafthouse cinematic experience every single day, all for one low monthly fee. The membership provides one regularly priced ticket per day, with reservations available up to seven days in advance.

Alamo Season Pass grants access to the widest selection of films in the cinema industry, including blockbusters, independent and arthouse releases, and classic repertory screenings. Recent films that have been particularly popular with Season Pass users include Birds of Prey, Doctor Sleep, Parasite, The Lodge, and Color Out of Space.

“This is a huge win for movie lovers,” says Tim League, Alamo Drafthouse founder and CEO. “The entire reason we opened the Alamo in the first place was to share the movies we love with as many people as possible, and Season Pass is the perfect means for folks to explore more and more films.”

Season Pass is available for instant sign-up and immediate use in New York City, San Francisco, Los Angeles, Austin, Denver, Phoenix, Raleigh, San Antonio, Kansas City, Yonkers, Springfield, and New Braunfels. In select regions, memberships are available via a waiting list, but all locations are expected to be open for everyone in the coming months.

Season Pass subscriptions renew monthly, with no annual commitment. Pricing varies by location and corresponds to each Alamo Drafthouse location’s average ticket pricing, with pricing ranging from $14.99 to $29.99 per month in big cities like Los Angeles and New York. The membership also works for screenings in 3D, 70mm, Dolby Atmos, and The Big Show premium large format, with a $1.99 surcharge per ticket. Members with accompanying friends and family members can always purchase additional regular-priced tickets at the same time, or they can add up to four Extra Seats – similar to “Plus Ones” – to their monthly Alamo Season Pass subscription at a discounted price.