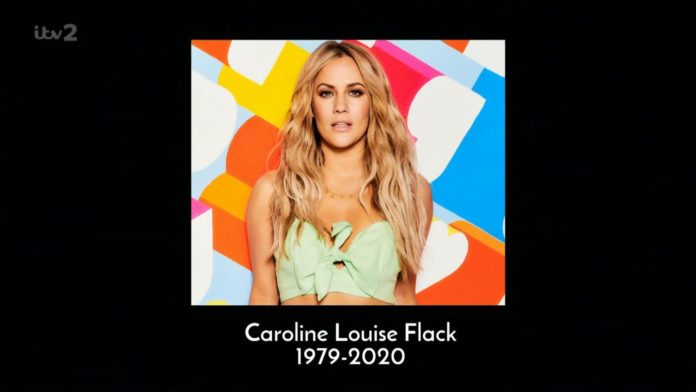 The Metropolitan Police has referred itself to the police watchdog over the contact it had with Caroline Flack before her death.

The former Love Island presenter was found dead at her London flat on Saturday having taken her own life, the 40-year-old’s family said.

She was awaiting trial for allegedly assaulting her boyfriend Lewis Burton, 27.

Scotland Yard’s directorate of professional standards reviewed all previous contact the force had with the TV star, before making a referral on Wednesday.

The Met said it was standard practice for a referral to be made to the Independent Office for Police Conduct (IOPC) when a person who has had recent contact with police dies.

In a statement, the force said: “No notice of investigation has been served on any officer and no conduct issues have been identified by the DPS. No officer is on restricted duties or suspended.”

An IOPC spokesman said: “We will make a decision on the level of our involvement after carefully assessing the information we have received.

“Receipt of a referral does not mean an investigation will necessarily follow.”

An inquest into her death was opened on Wednesday morning, with the court hearing Flack was found by residents and that police attended the property after being flagged down.

Paramedics were unable to save her and she was identified by her twin sister, Jody.

Funeral arrangements are still to be decided, the court heard.

Flack’s family released an unpublished Instagram post she wrote days before she took her own life, ahead of the opening of the inquest.

In the statement, she wrote that her arrest for allegedly assaulting Mr Burton meant “within 24 hours my whole world and future was swept from under my feet”.