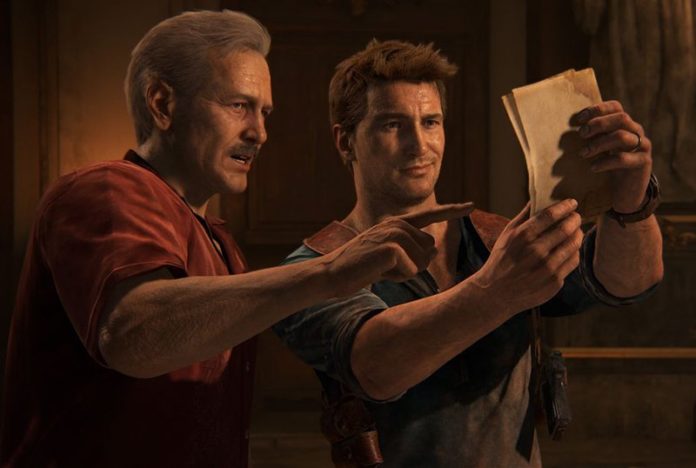 Despite going through a lot of major setbacks during its pre-production stage, it looks like everything is now on track for Sony Pictures’ long-in-development film adaptation of the popular video game Uncharted with Spider-Man: Far From Home star Tom Holland revealing that production is scheduled to begin soon. Speaking with IGN, Holland has confirmed that they will start filming the action-adventure film in four weeks while also opening up about how he landed the lead role of Nathan Drake.

“If I’m honest, one of my favorite video games ever is the fourth Uncharted game… Unbelievable. And lots of the inspiration from the film has come from that game in particular,” Holland shared. “It was interesting, when I sat down with [Sony Pictures Chairman] Tom Rothman and we were talking about video games, and I was like “Oh, I’ve just finished Uncharted.” And he was like “Well, why don’t you play Nathan Drake?” I remember being like, “I would do anything to play Nathan Drake. Please, that would be amazing.

So yeah, we start shooting in like four weeks. Mark Wahlberg is going to be amazing as Sully. The stunt department that we have out there in Berlin have done an amazing job already, prepping the stunts, and it’s going to be an exciting one.”

Uncharted will be a prequel to the game series, taking its basis from the sequence in Uncharted 3: Drake’s Deception wherein the young thief Nathan Drake (Holland) first encounters his partner Victor Sullivan (Mark Wahlberg) and in essence, sets up the events of the entire game franchise.

Based on the action-adventure video game Uncharted: Drake’s Fortune from Naughty Dog and Sony Interactive, the story follows a descendant of explorer Sir Francis Drake, a treasure hunter named Nate Drake who believes he has learned the whereabouts of El Dorado, the fabled South American golden city, from a cursed golden statue. The search becomes competitive when a rival hunter joins the fray, then is escalated when creatures — actually mutated descendants of Spaniards and Nazis — begin attacking those hoping to learn the treasure’s true secrets.

Uncharted is an Arad/Atlas Entertainment Production, with Charles Roven, Avi Arad, Alex Gartner, and Ari Arad producing. The film will serve as the first feature produced by PlayStation Productions.

Last month, it was reported that Zombieland and Venom director Ruben Fleischer might be the one to replace Travis Knight (Bumblebee) as the new director for the Uncharted film. Knight became the sixth director to leave the project in its decade-long development cycle which began with Russell attached to direct followed by Neil Burger (Limitless), Seth Gordon (Baywatch), Shawn Levy (Free Guy) and Dan Trachtenberg (10 Cloverfield Lane)