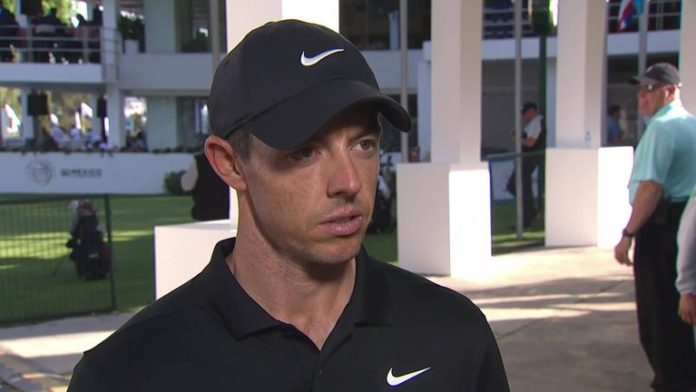 Rory McIlroy believes the decision to revert to an old putter helped him set the early pace at the WGC-Mexico Championship.

The world No 1 trialled a slightly longer putter during his tied-fifth finish at the Genesis Invitational last week, before switching back to the flat stick he used throughout 2019 for the opening World Golf Championship of the year.

McIlroy immediately saw the benefits of the returning to his familiar putter as he posted a six-under 65 at Club de Golf Chapultepec, giving him a two-shot lead over Bubba Watson and Justin Thomas.

“I holed a nice one at the last at Riviera, which sort of gave me a little bit of momentum going into this week, but I changed my putter when I got here,” McIlroy said.

“I went back to my old putter. I was sort of trying out a new putter last week and it didn’t quite work out the way I wanted it to, so I went back to the 34-inch (one inch shorter than the one used in California).

Report and highlights from the opening round of the WGC-Mexico Championship.

“I just felt a little bit more comfortable today and was seeing my lines a little bit better, and yeah, it was a good day. If I keep putting like that, I’ll be very happy.

“I’m not expecting to gain three and a half on the greens every day this week, but if I can keep my strokes gained numbers in the positive and putt better than the field average on greens like this, then you’re doing something right.”

Watson mixed five birdies with a lone bogey in his opening-round 67, with Thomas also in a share of second as he looks to go one better than his runner-up finish at the event in 2018.

“I played well,” Thomas said. “It was a little difficult to start it felt like with this wind, it wasn’t something that we’re accustomed to out here. It’s usually very, very calm.

“Took us a little bit to adjust, but when I missed the greens I felt like I missed them in good spots and got it up-and-down, made a couple key putts and really felt like I did everything I needed to do.to.”

Watch the WGC-Mexico Championship throughout the week live on Sky Sports. Live coverage continues on Friday from 5pm on Sky Sports Golf.

Saracens forfeit Doncaster match, unable to field a side

‘Lack of NFL coaching diversity is a drastic problem’

Laird two back at La Quinta

Saracens forfeit Doncaster match, unable to field a side

‘Lack of NFL coaching diversity is a drastic problem’

It’s A Sin, The Investigation and The White Tiger