Home World Lesotho PM fails to show up in court where he was due... 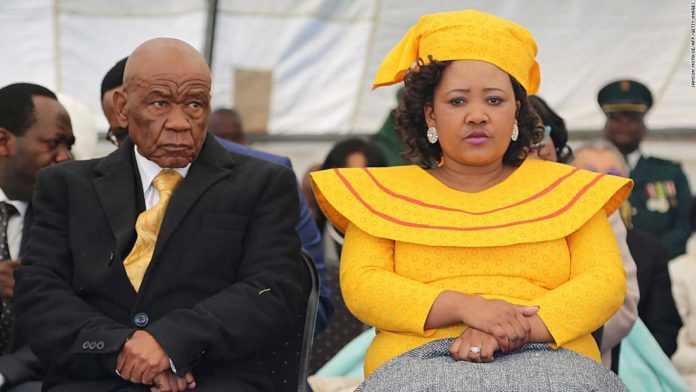 However one of his senior aides told CNN Friday that Thabane was healthy and “ready to fight” murder charges against him on the eve of his court appearance.
The aide, who regularly communicates with Thabane, told CNN he was surprised by the ‘no-show.’
“Up until the last minute he was planning to go to court and we had organized supporters to be there with him. He was fired up,” said the senior aide. “He was fit and healthy.”
“He should have gone to court. He is supposed to be the custodian of the law,” the aide said. “There is a power struggle going on at the highest levels of government and civil service.”
The medical visit to South Africa caught even the Prime Minister’s own lawyers by surprise. Earlier on Friday, a senior police official told CNN that they were also expecting him in court Friday morning, as were the Prime Minister’s lawyers.
“We do have a strong case against him,” Paleka Mokete, the Deputy Commissioner of Police told CNN. “Most people in Lesotho have been shocked by this case, even police in Lesotho.”

The current first lady, Maesaiah Thabane, has already been charged with murder in a previous court appearance.
After weeks in hiding in South Africa, allegedly helped by a recently appointed spokesman who snuck her away in a government-issue car, Thabane, 42, was also charged with the attempted murder of another woman.
Maesaiah Thabane was taken into custody but was swiftly granted bail of 1,000 Loti or about $67, without the prosecutors having their say — a highly unusual move.
She has yet to submit a plea to the charges against her. The first lady’s legal team have so far not responded to phone calls and text messages from CNN over several days.
Police say that eight other suspects will be charged over their links to the case, although their names have yet to be made public — including the spokesman, who prosecutors say aided and abetted the first lady as she fled to South Africa.
The details of the case have gripped the country, forced the Prime Minister Thomas Thabane to promise his resignation and opened the lid on the murky power politics that have long dominated Lesotho’s culture.
When — and if — the case comes to trial, observers say that prosecuting sordid allegations against one of the most powerful figures in Lesotho will be a stiff test of judicial independence.