Home World Seven-day reduction in violence in Afghanistan to begin, US announces 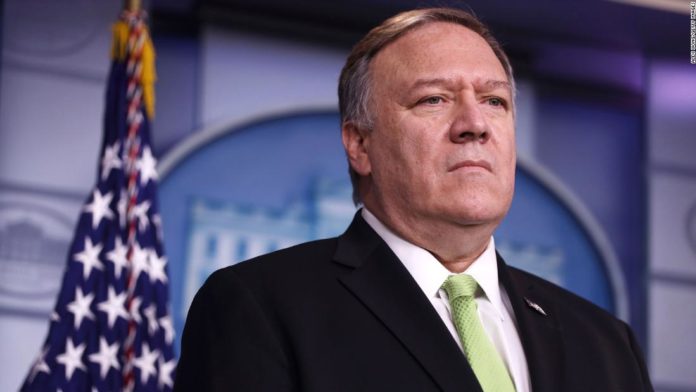 “After decades of conflict, we have come to an understanding with the Taliban on a significant reduction in violence across Afghanistan. This is an important step on a long road to peace, and I call on all Afghans to seize this opportunity,” Secretary of State Mike Pompeo tweeted Friday morning.
The US is aiming for a peace deal to help execute President Donald Trump’s desire to withdraw US troops from Afghanistan. The first step is expected to reduce the current level of troops from 12-13,000 to 8,600.
The reduction in violence will allow the US-Taliban agreement to be signed by February 29, as long as the reduction in violence is successful.
Two Afghan officials also confirmed the start date to CNN.
In a statement Friday, the Taliban said it plans to sign the agreement with the US. Before the agreement is signed, both sides will work on creating a “suitable security situation” which will include arranging for a prisoner release that could pave the way for a “withdrawal of all foreign forces,” the Taliban said in a statement.
Defense Secretary Mark Esper first announced last week that the US and the Taliban had reached the proposal to decrease violence, saying that it was conditions based.
The agreement comes amid continued attacks in Afghanistan and the announcement this week that President Ashraf Ghani is the official winner of the country’s presidential elections after results were delayed for nearly five months.
The number of attacks carried out by the Taliban and other anti-government forces reached a record high in the last three months of 2019, according to a report from the Special Inspector General for Afghanistan Reconstruction.
Trump has long sought a comprehensive agreement with the Taliban, which could bring about a diminished US presence in the region.
The US and the Taliban reached an agreement “in principle” in early September 2019, Trump’s special envoy for Afghanistan said at the time.
But shortly thereafter, Trump called off peace talks and said he canceled a secret Camp David summit with the militant group after they took credit for a deadly attack in Kabul that killed a US service member.
In a surprise visit to Afghanistan in November, Trump announced that the talks had restarted.
This is a breaking news story and will be updated.