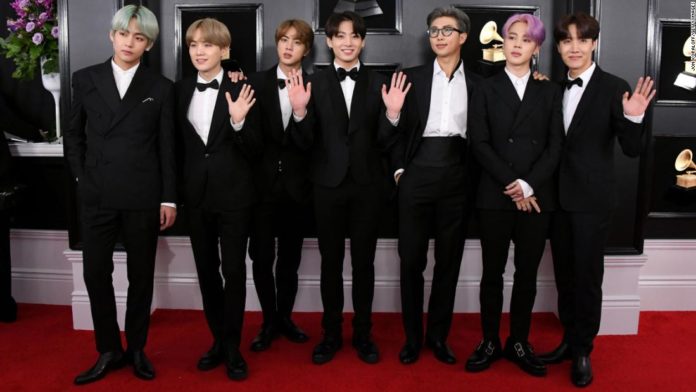 K-pop phenom BTS released its fourth album, “Map of the Soul: 7” on Friday.
It follows last year’s “Map of the Soul: Persona” and has been eagerly awaited.
The new, 20-track album includes collaborations with Sia and Troye Sivan.
To say the boy band has been successful is an understatement.
Consisting of members Jin, Suga, J-Hope, RM, Jimin, V and Jungkook, BTS has a vast legion of fans and now rivals The Beatles for the hysteria that surrounds just about everything the band does.
They debuted their new single “Black Swan” on “The Late Late Show with James Corden” last month to much excitement.
BTS made history recently as the first South Korean act to perform at the Grammys when they joined Lil Nas X for a rousing rendition of his hit “Old Town Road.”
The group is launching a new world tour in April which will kick off at Seoul Olympic Stadium.