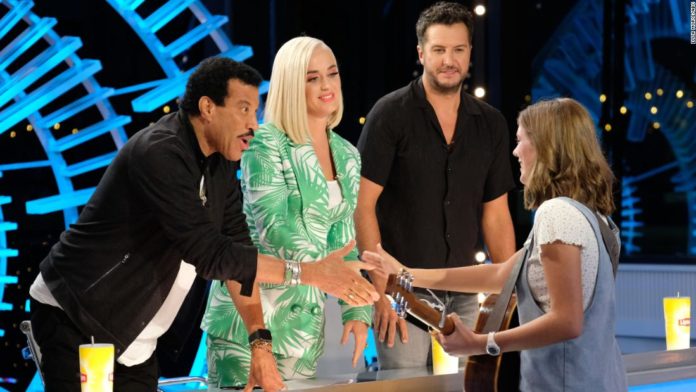 In an exclusive clip People posted to its web site, judge Katy Perry falls to the ground after a gas leak forces evacuation of the show’s auditions.
In the clip, all appears to be going fine when a smell becomes noticeable.
“Do you guys smell gas?” Perry asks. “It’s pretty intense.”
Judge Luke Bryan notes that it smells like “heavy propane.”
But the smell starts to affect Perry.
“I have a slight headache from it,” she says. “Oh it’s bad. It’s really bad.”
There is a scramble to evacuate and once outside, Perry appears to be overcome.
“I’m not feeling good,” the singer says as she falls to the ground.
CNN has contacted representatives for Perry, seeking comment.
“Idol” ran for 15 seasons on Fox before it moved to ABC in 2018.
“American Idol” airs on Sundays.

Quibi shutting down six months after its billion-dollar debut