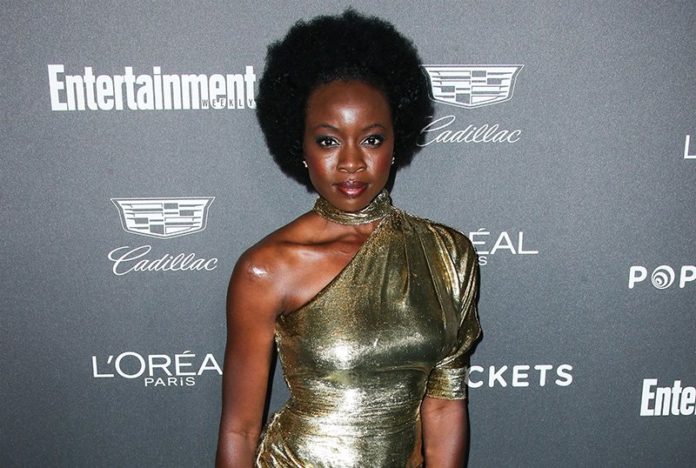 With the end approaching for her seven-season run on AMC’s long-running The Walking Dead, Danai Gurira has signed a two-year overall creative deal with ABC Studios to create, develop, write and produce new projects for the Disney-owned branch, according to The Hollywood Reporter.

Gurira, who was nominated for a Tony Award for Best Play for her 2016 play Eclipsed, began working with Disney in 2018 when she landed a key supporting role in the acclaimed Marvel Cinematic Universe film Black Panther as Okoye, leader of the Dora Milaje. She would go on to reprise the role the same year for the crossover blockbuster Avengers: Infinity War and last year’s record-breaking finale Avengers: Endgame.

“From Zimbabwe to Wakanda to Broadway, there is no one like Danai Gurira,” ABC Studios president Jonnie Davis said. “The scope of her talents and the breadth of her abilities are simply astonishing. We are over the moon that she has chosen to make ABC Studios her exclusive home.”

The 42-year-old actress and playwright is currently working as showrunner and executive producer on the upcoming HBO Max drama Americanah, which is also reuniting her with Panther star Lupita Nyong’o, who is starring alongside Seven Seconds‘ Zackary Momoh, Orange is the New Black‘s Uzo Aduba and Straight Outta Compton‘s Corey Hawkins. The miniseries, based on Chimamanda Ngozi Adichie’s best-selling novel, tells the story of a woman (Nyong’o) born in Nigeria who heads to America and chronicles her experiences with love, heartache, adversity and self-discovery.

“I am thrilled to work with Jonnie and his stellar team at ABC Studios,” Gurira said. “Their commitment to the feminine perspective aligns with my goals as a storyteller. I am excited to amplify unheard voices and bring to light narratives that will tackle universal themes while they simultaneously break barriers and bring new faces, voices and influences to the screen.”

The deal will see these potential projects be considered for debut on all of Disney’s owned platforms such as Hulu and Disney+, as well as outside suppliers.