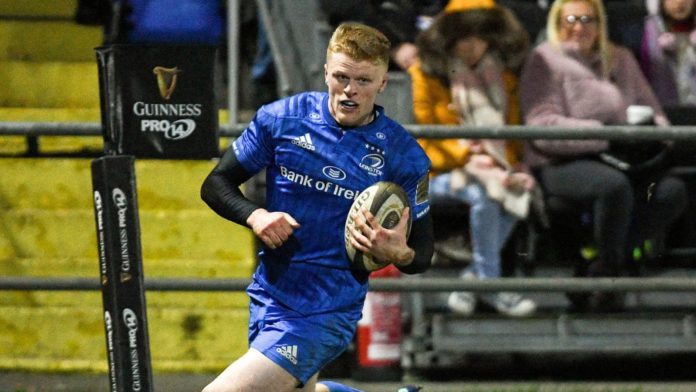 Leinster continued their unbeaten start to the season by beating Ospreys while Edinburgh thrashed Connacht at Murrayfield and Munster eased past Zebre.

Leinster maintained their unbeaten start to the season with a 21-13 victory over Ospreys at the Gnoll in Neath.

Leo Cullen’s side are now 19 points clear of second-placed Ulster at the top of Conference A of the Guinness PRO14 while the Ospreys are rooted to the bottom on 13 points.

Tries from Tommy O’Brien, Josh Murphy and Cian Kelleher and the boot of Ciaran Frawley was enough to get Leinster over the line. All the Ospreys could muster was a Luke Morgan try and eight points from the boot of Luke Price.

Edinburgh maintained their unbeaten home run in all competitions when they claimed a well-deserved 41-14 bonus-point win over Connacht in tricky conditions at Murrayfield.

The result keeps Richard Cockerill’s men at the top of Conference B and on track for a play-off spot.

The hosts recorded penalty tries and touchdowns by Simon Berghan, Pierre Schoeman and Duhan van der Merwe, plus three conversions and two penalties from Simon Hickey. For the visitors, Tiernan O’Halloran bagged a double and Jack Carty added both conversions.

Munster took advantage of an early red card for Zebre’s Pierre Bruno to secure a 28-0 victory at the Stadio Giovanni Mari.

Bruno was banished in the ninth minute for leading with the forearm in tackling Munster back-rower Chris Cloete.

Munster took the lead almost instantly as wing Calvin Nash won a kick and chase and outside-half JJ Hanrahan converted. Hanrahan then converted his own try and then added the extras to a Rory Scannell score before Darren Sweetnam claimed the bonus-point try seven minutes from time.