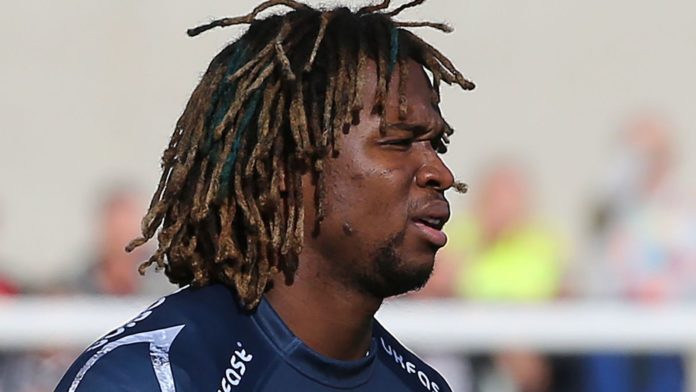 Marland Yarde scored a hat-trick as Sale moved up to second in the Gallagher Premiership table following a 36-3 bonus-point triumph over Leicester at a rain-soaked AJ Bell Stadium.

The Sharks benefited from facing severely-weakened opponents to score three tries in the opening period through Bryn Evans, Yarde and Coenie Oosthuizen.

Geordan Murphy’s men had started the brighter and went in front via Noel Reid’s penalty, but they were comprehensively outplayed in the last hour and Yarde completed the win with two more scores in the second period.

Leicester have endured a torrid start to the campaign and were without several key players for this encounter through injury, suspension and Six Nations duty, but they battled in the opening 20 minutes of play in Salford before eventually being overwhelmed.

Young scrum-half Jack Van Poortvliet was excellent in the early exchanges on his first start, controlling play neatly from the base, and that allowed Reid to kick the visitors in front.

Sale made a series of errors to help the Tigers but they soon began to get on top at the set-piece, which gave them plenty of opportunity inside the opposition 22. Under pressure the Tigers continually infringed at the maul and referee Ian Tempest lost patience, issuing Dan Cole a yellow card.

To their credit, the away side withstood the onslaught and appeared to have gotten through that 10 minutes without conceding, but a mistake from Van Poortvliet handed the hosts their first try when his attempted clearance was charged down and finished by Evans.

Cole returned from the sin bin but the Sharks had the momentum and constructed a nicely-worked try, despite the difficult conditions. Leicester were not helped by the earlier injury to midfield leader Jaco Taute, who was forced off with an injury, and Sale took advantage.

With Murphy’s charges struggling to plug the gaps, Yarde spotted the space to scythe through from 45 metres out and touch down. Rob Du Preez converted and then added the extras to a third try as Oosthuizen crossed the whitewash from close range for a 19-3 lead at the interval.

The Tigers needed to respond but, 16 points down and against the wind, it was an impossible job for the visitors.

They were also hampered by a second yellow card when Reid was sent from the field for a high tackle, but Sale could only muster a Du Preez three-pointer while the fly-half was in the sin bin.

Conditions were making it difficult for either side to go through the phases but the Sharks continued to press for the bonus-point try and it eventually came via Yarde, who touched down twice late on to secure the full five.