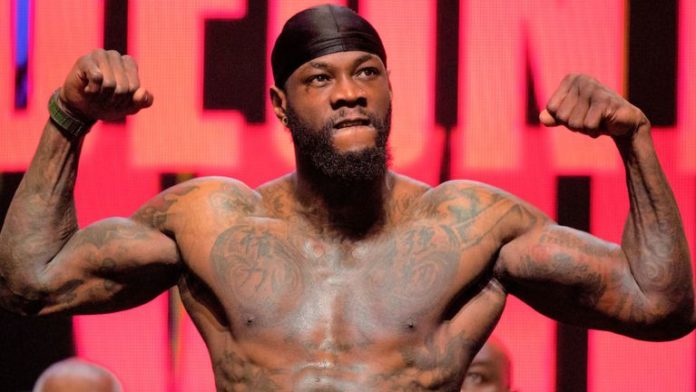 Britain’s former unified champion was first on the scales at the MGM Grand Garden Arena and the 31-year-old came in over 16.5lbs heavier than his first meeting with Wilder and only three pounds lighter than his previous heaviest mark of 276lbs when he fought Sefer Seferi in his comeback fight in June 2018.

Wilder, who weighed his lightest in a decade when they first fought, this time came in at a career-high weight after putting on 18.5lbs since their December 2018 draw.

Fury and Wilder had been banned from sharing a final face-off after shoving each other at the final press conference.

But the fired-up rivals still shouted a few parting insults at each other before they eventually left the stage.

AJ: Usyk is smart, but I’m here to hurt