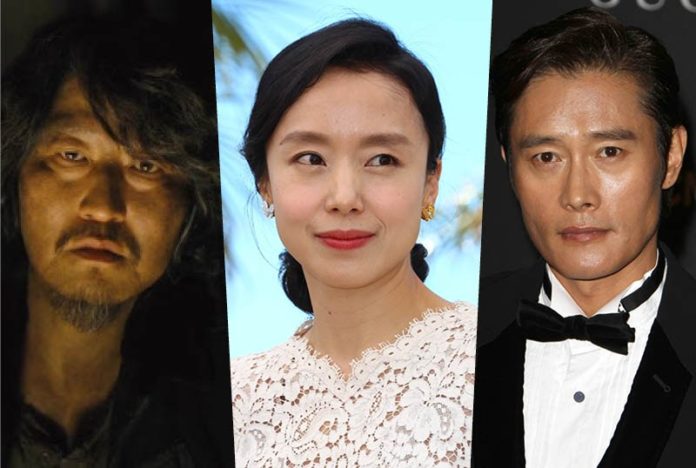 After his last starring project Parasite brought home four Oscars a couple of weeks ago, Song Kang-ho has found his next film in the form of the airborne actioner Emergency Declaration, in which he will lead an ensemble cast that also features Jeon Do-yeon (The Housemaid) and Lee Byung-hun (Terminator: Genisys), according to Variety.

The film, which is being written and directed by Han Jae-rim (The King), is being described as an “airborne blockbuster about an aircraft forced to declare an emergency when an unprecedented terror incident occurs in-flight.”

Jeon is best known for her performance in the 2007 drama Secret Sunshine, for which she won a best actor award at Cannes, and is also known for starring in Untold Scandal and The Housemaid. Lee has found a successful career both in the states and overseas, starring in hits including The Good, the Bad, the Weird alongside Song, I Saw the Devil, the first two GI Joe movies at Paramount and Antoine Fuqua’s The Magnificent Seven remake.

Song has become one of the faces of Korean cinema for nearly 20 years now, starring in everything from wrestling comedy The Foul King to the action thriller Sympathy for Mr. Vengeance, the horror-drama Thirst and western The Good, the Bad, the Weird. In 2003, he starred in his first collaboration with Bong Joon-ho in the crime thriller Memories of Murder, which would lead to starring in the acclaimed monster horror movie The Host, the hit sci-fi actioner Snowpiercer and the Oscar-winning Parasite.

Showbox is handling pre-sales for the project and will open it up to distributors at the European Film Market this week. The studio is also representing disaster drama Sinkhole, fantasy drama Our Season, action comedy The Golden Holiday and the Lee-starring spy drama The Man Standing Next.

Emergency Declaration is currently in pre-production and is eyeing an end-of-year release.